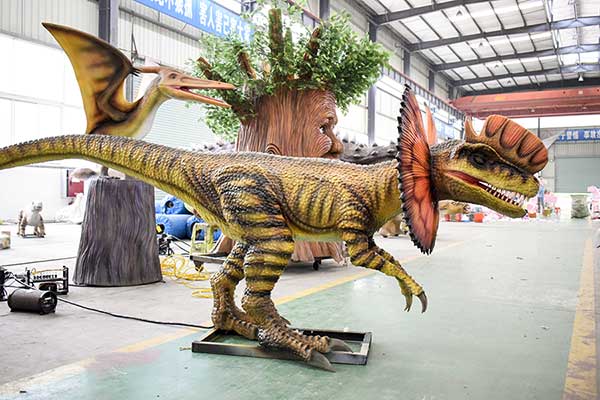 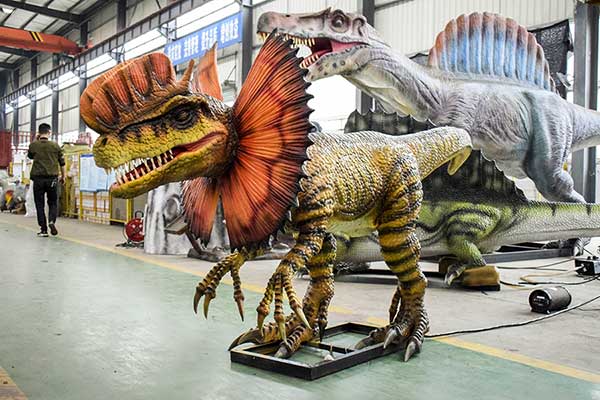 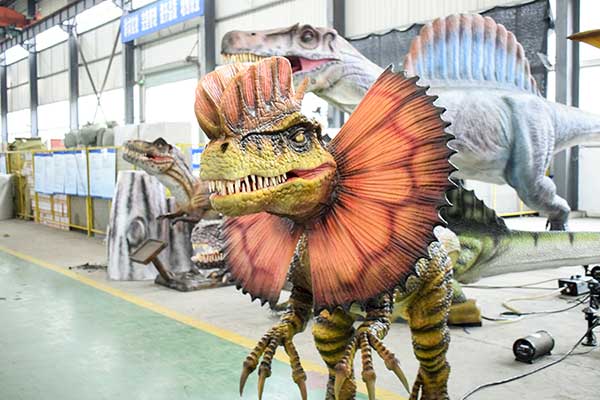 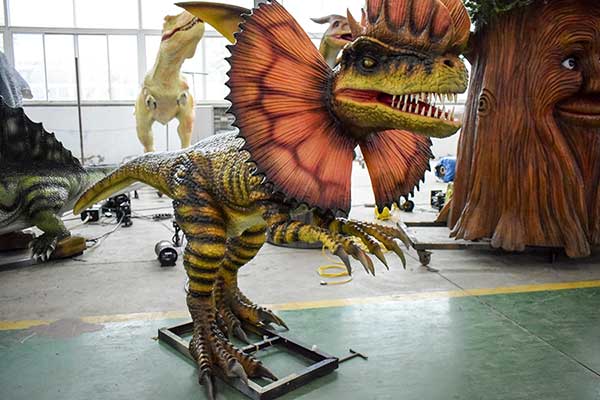 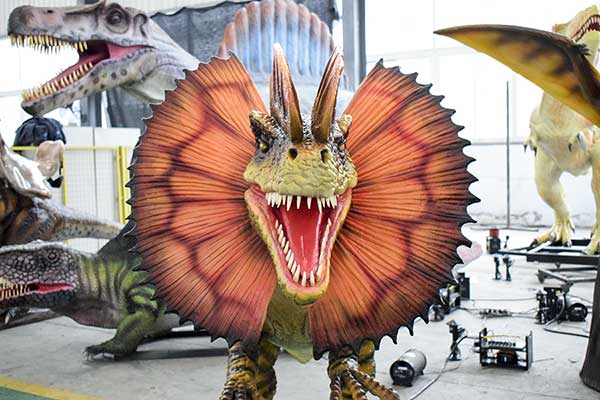 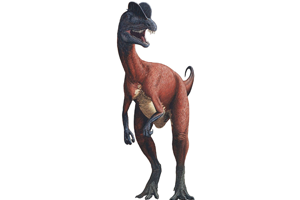 Wikipedia of Dilophosaurus
Dilophosaurus is a genus of theropod dinosaur lived in now North America during the Early Jurassic, about 193 million years ago. Its name is Ancient Greek word which means “two-crested lizard”. It had a pair of longitudinal, plate-shaped crests on its skull, similar to a cassowary with two crests. Dilophosaurus was one of the earliest large predatory dinosaur, at about 7 meters (23ft) in length. 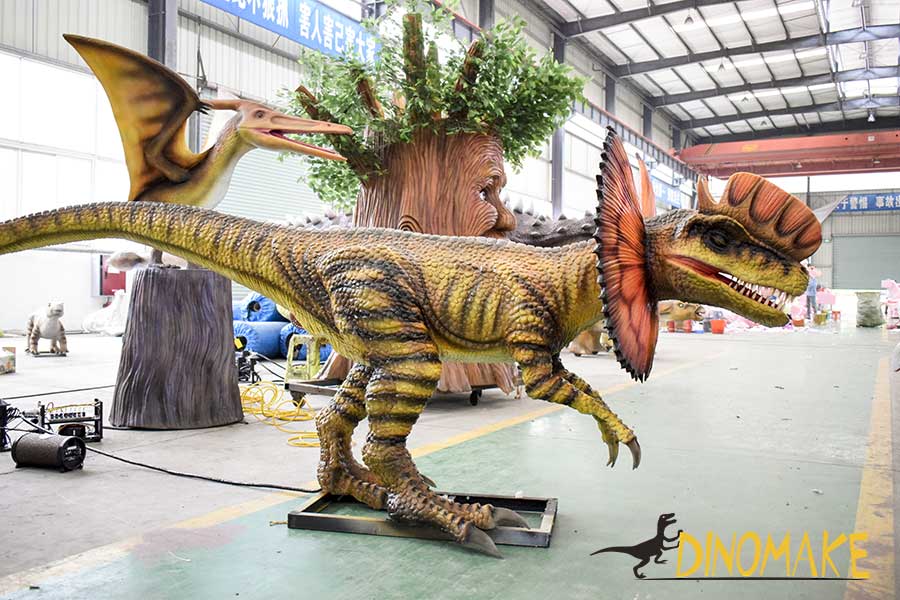 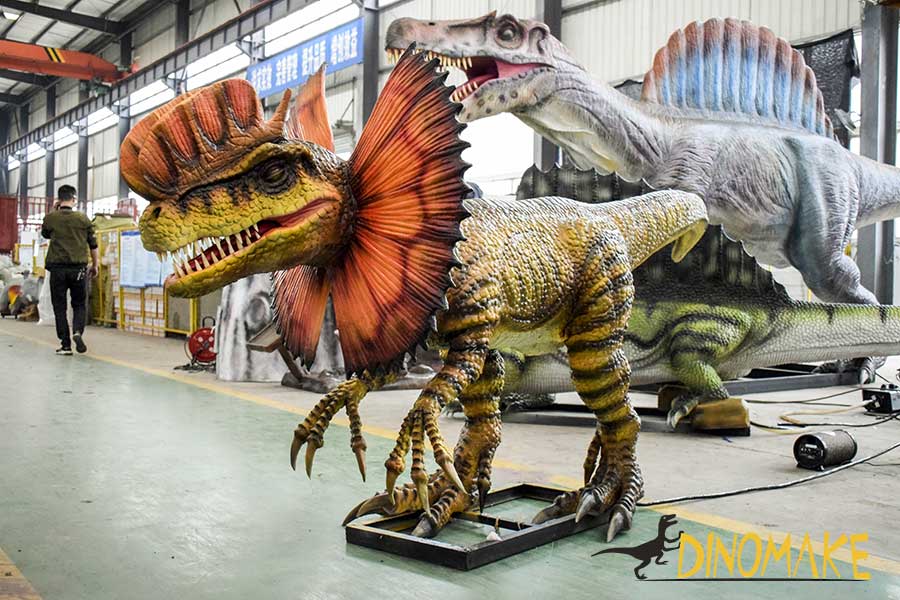 Dilophosaurus in Jurassic Park was described as a small size dinosaur and with the ability to spray venom. It is actually just the imagination of the author. In fact, Dilophosaurus was middle size carnivorous dinosaur, and without the ability of spraying venom.

Robotic Dilophosaurus made by us mainly according to the scientific evidence of Dilophosaurus fossils. Sometimes we also make water spraying Dilophosaurus (like what in Jurassic Park) for the amusement park. Now our animatronic Dilophosaurus widely used as exhibits in the theme park, science museum, exhibition, etc. 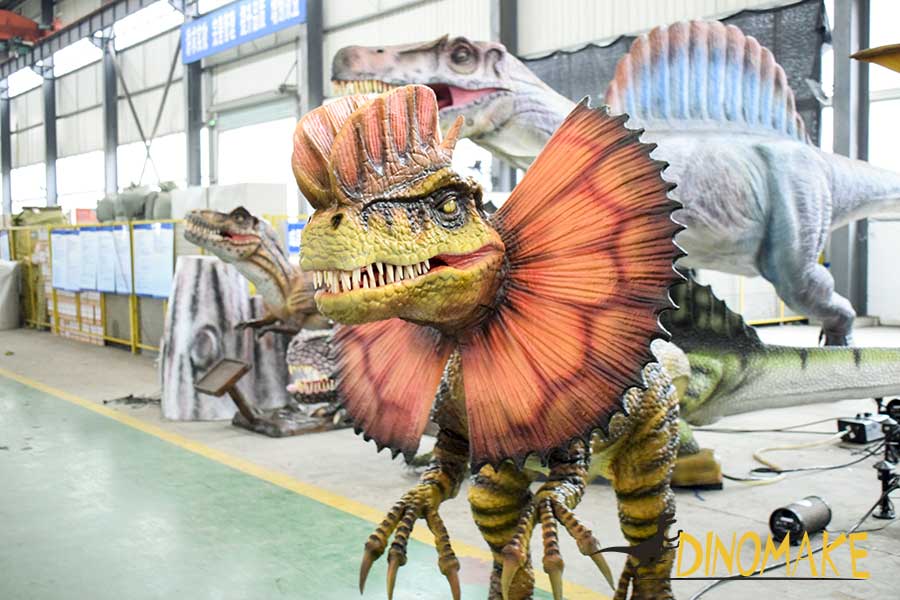 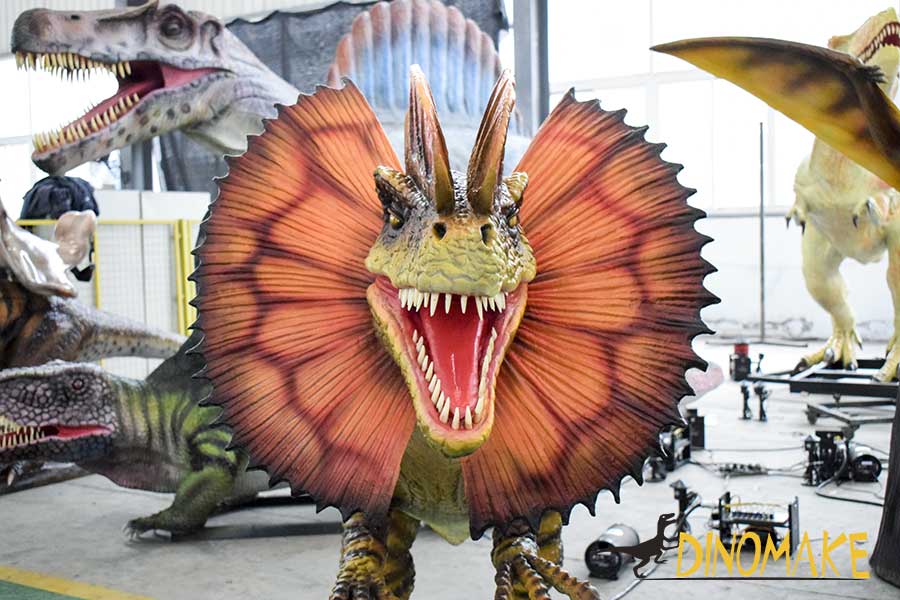 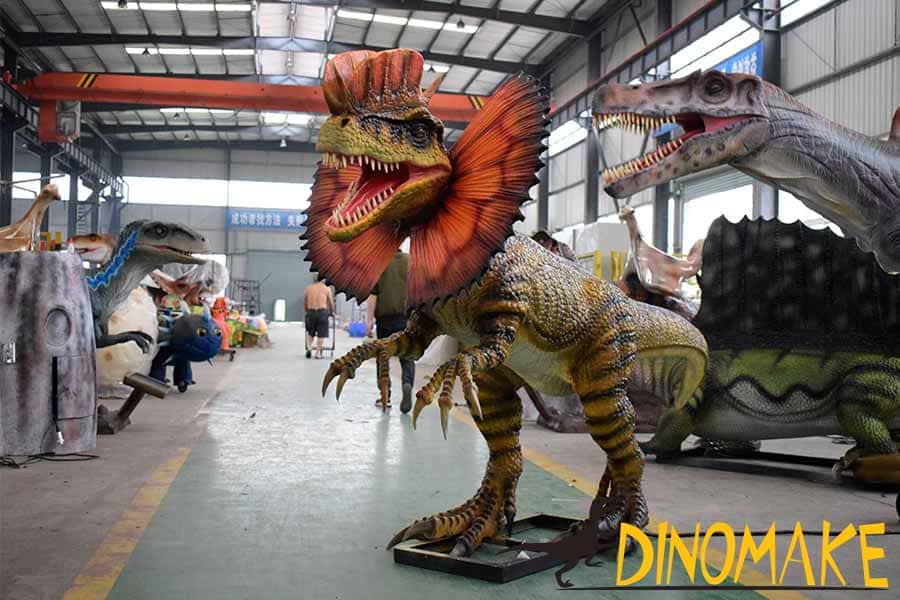