Popular culture has a huge influence on our cognition. But there are always some mistakes in popular culture which will mislead us. The same thing happened in dinosaur popular culture.
This article will talk about some misleading information from the classical science fiction film Jurassic Park. 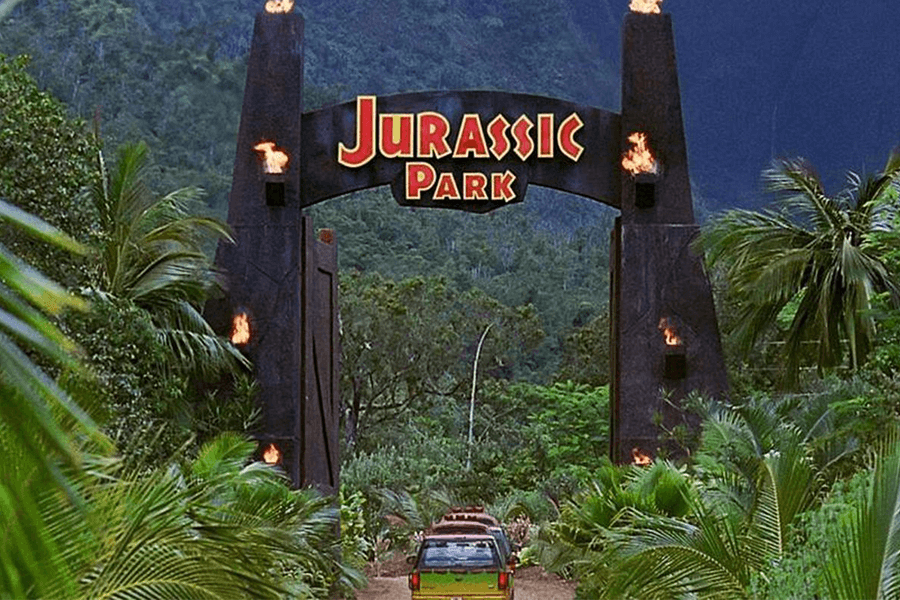 A simple timeline of dinosaurs

The summit of the dinosaur age, I think, should be the Cretaceous period.
Most of the famous dinosaurs appeared in Jurassic Park are lived in the Cretaceous period. Such as—T-rex, Velociraptor, Triceratops, Hadrosaurus, Ornithomimus, etc.
The name-Jurassic Park might mislead people to believe dinosaurs appeared in the film lived in the Jurassic period.
In fact, some of my friends believed T-rex and raptor lived in the Jurassic period until I told them the truth.

2. The second mislead is the appearance of Velociraptor 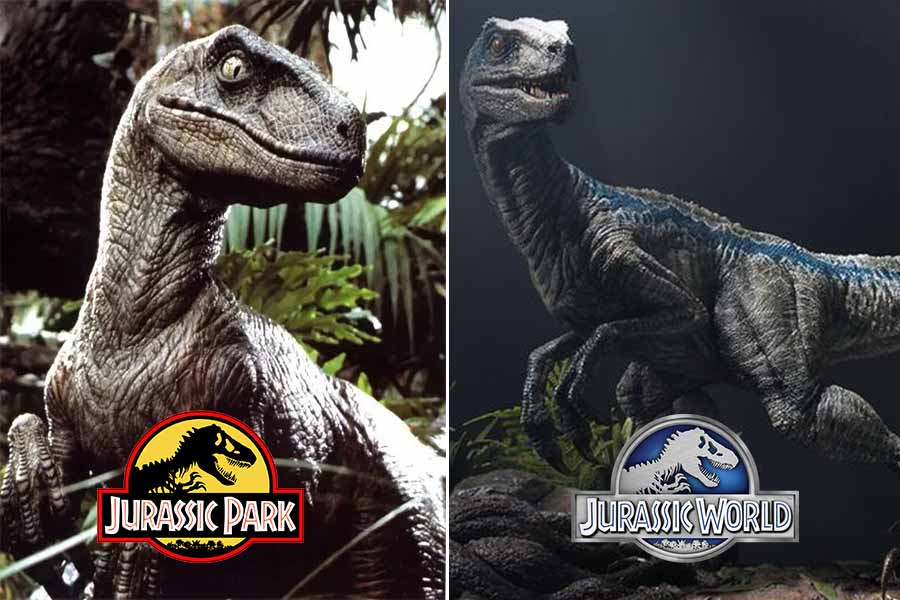 The appearance of velociraptor in films

But, the reality is in a big difference—Velociraptor is a turkey-size feathered dinosaur lived in Mongolia during the Cretaceous period. The real Velociraptor is much smaller than what the film told us.

If we must find a prototype of the raptors in films, it should be their cousin—Deinonychus.

This picture will help you understand the difference between Velociraptor and Deinonychus. Deinonychus is the bigger one. 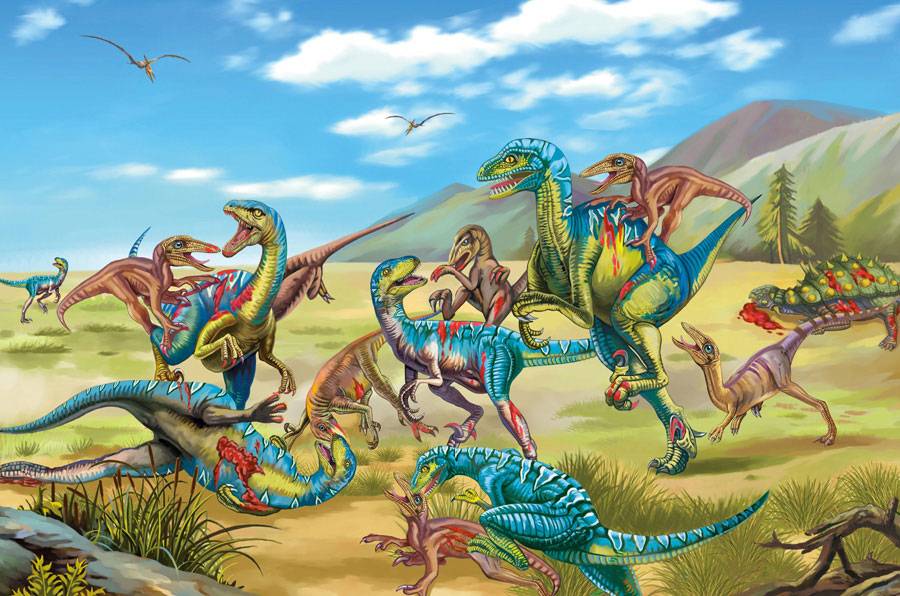 An imaginary battle between Velociraptor and Deinonychus 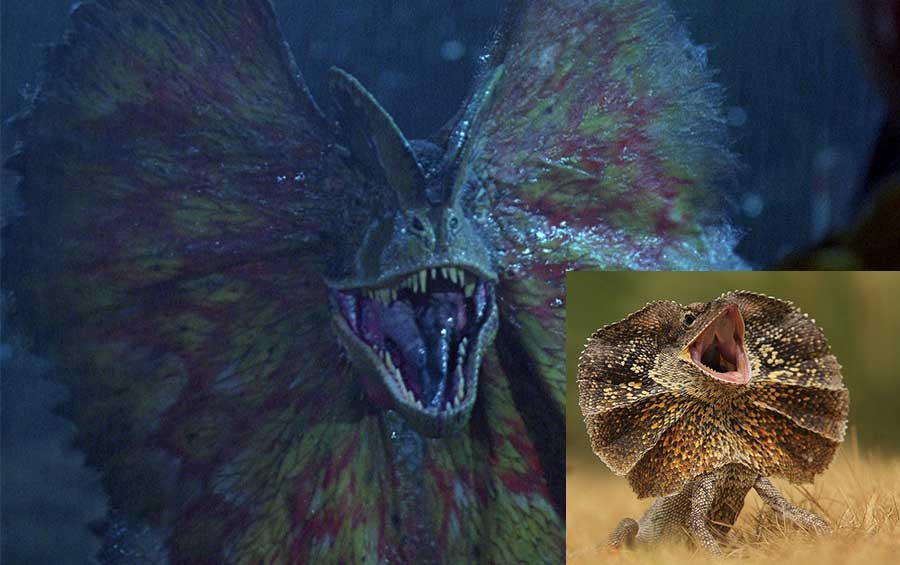 The Dilophosaurus in Jurassic Park was described as a small size dinosaur that can open its cowl and spray venom.

In fact, Dilophosaurus is a middle size carnivorous dinosaur that lived in the Jurassic period. It is about 6 meters in length, much bigger than in the film.
And there is not any evidence shows it can open the cowl like a Chlamydosaurus let alone spray venom like the cobra.

Chlamydosaurus plus cobra equal to Dilophosaurus in Jurassic Park?!

Why are the dinosaurs in Jurassic Park so different from real scientific discovery?

As what was mentioned in the film, the scientists use some DNA of reptiles and amphibian fixed the incomplete genetic information found in amber fossils, so they can clone the dinosaurs. 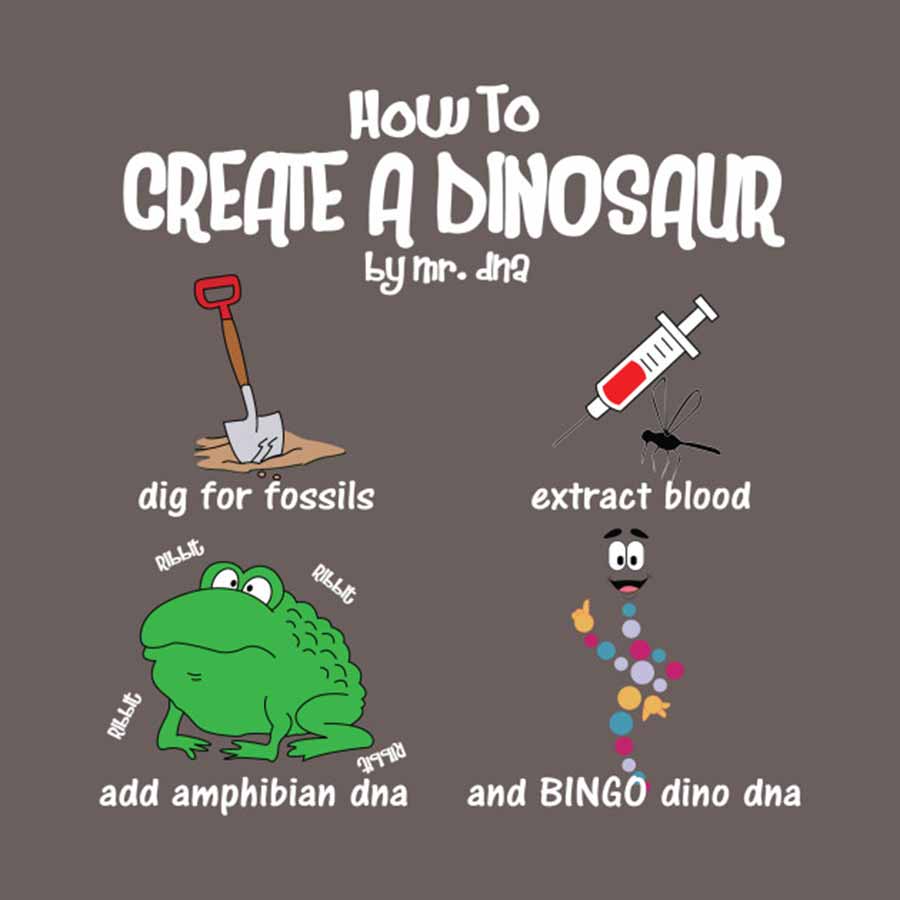 The method to clone dinosaur in Jurassic Park

The genetic information cut from other reptiles make the dinosaurs they cloned different from real dinosaurs. As a scientist said, They are not dinosaurs but hybrid artificial creatures.

What should we think about Jurassic Park?

Although there is a lot of misleading information from the film, we have to admit it has a great positive influence on dinosaur culture—a lot of people learn about dinosaurs and fall in love with dinosaurs through this film.
But, it is not a documentary on science education but a science fiction film. We can not believe it is enough to learn dinosaur knowledge from the film.
We have to learn more dinosaur knowledge from books to form a correct understanding of dinosaurs. 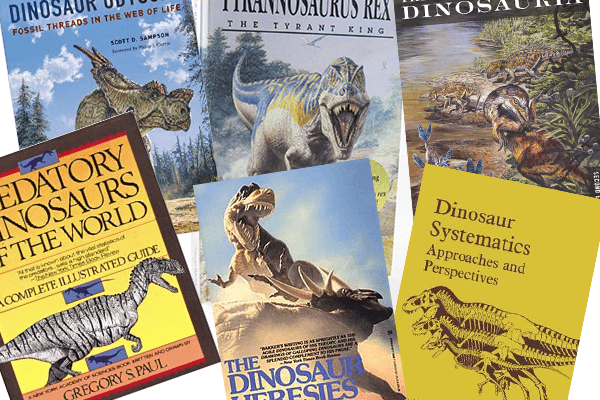 Some books which may help you learn more about dinosaurs

We will keep updating interesting dinosaur news on our website. Please subscribe to it for more news. And you could share the article if you think it is helpful.

Custom Animatronic Toothless Dragon One of the hottest [...]