How To Became A Dinosaur Rider Like ARK: Survival Involved?

How To Became A Dinosaur Rider Like Rider In ARK: Survival Involved? 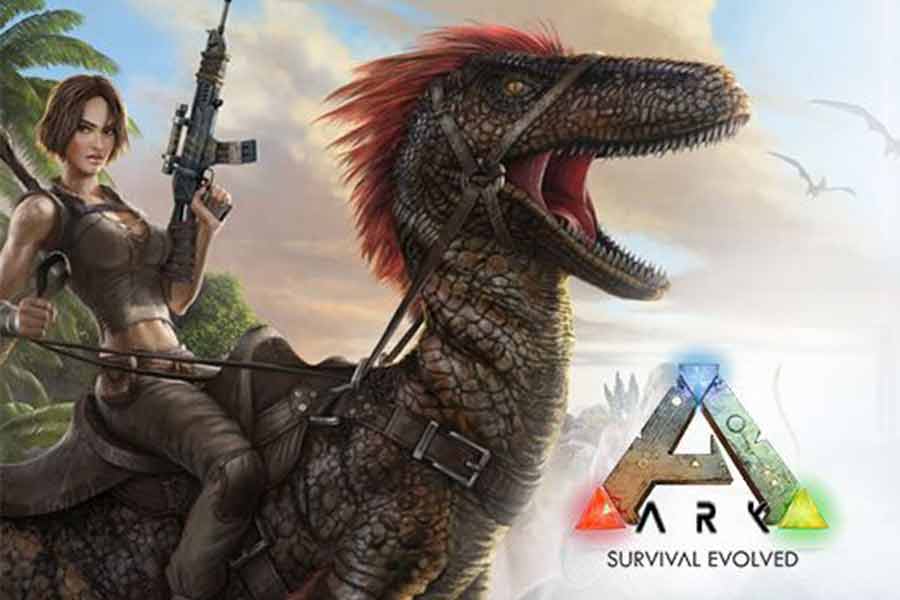 ARK: Survival Inolved is a role-playing game(RPG). There is a group of men and women woke up but found them in a strange and mystic world. Prehistoric giant animals are full with the world. Mostly they are famous dinosaurs and huge mammals that lived in Cenozoic era but extinct now. Players need collect materials and technology for developing their group and protecting them from those horrible top predators. And, to discover the final secret hidden in the ARK. 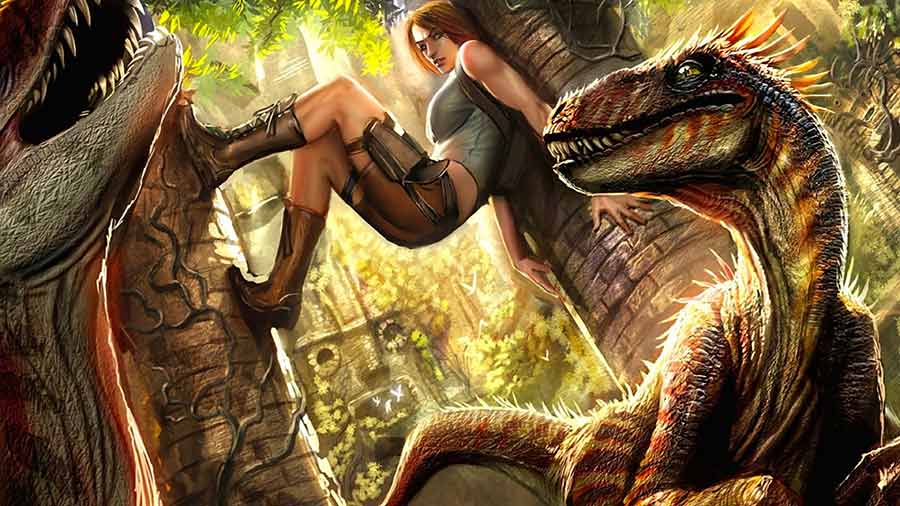 Will you survive in the ARK world?

Is this world attractive?

Walking with those prehistoric huge monsters, surviving  from the attack of large scale animals and escaping from the bloody giant mouth of Tyrannosaurus Rex or another top predator. All of those crazy thing that sounds like story from trillers will happen in the ARK world, excited right?

But, it’s just a part of the ARK. Player in the game can also fight with dinosaurs even tame dinosaurs making them became your farm livestock. 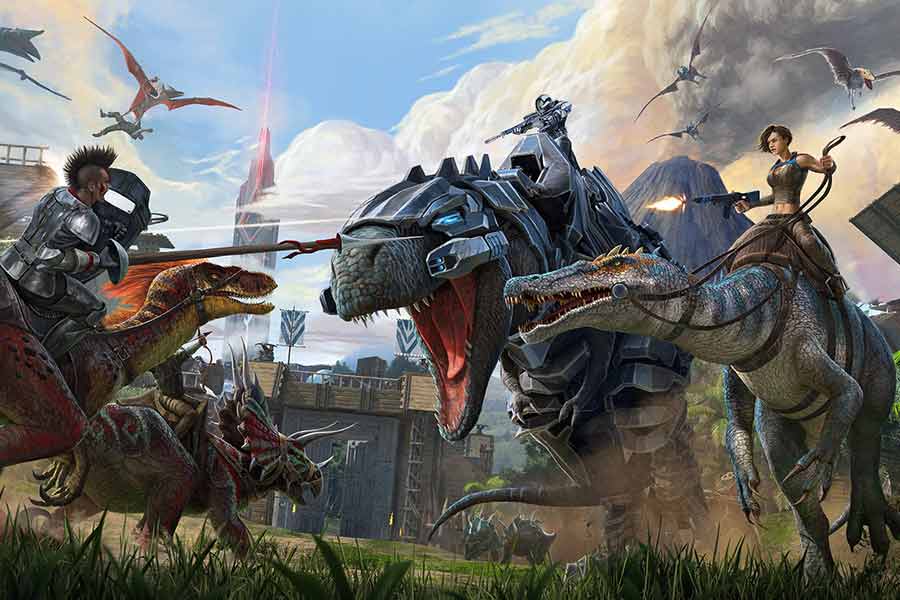 Players fight with each other riding on dinosaurs

Imaging, you are a dinosaur cowboy, you are farming you dinosaurs and ride on a majestic t-rex and overlook the world. Will it make your blood boils with indignation?

And there are decades ride-able dinosaurs in the ARK world. They are giant Tyrannosaurus Rex , Giganotosaurus, Allosaurus, Carnotaurus; docile Brachiosaurus, Triceratops, Stegosaurus, smart Velociraptor, Troodon, Oviraptor, Ornithomimus; and flying Pterosauria… All of them can be your mount. 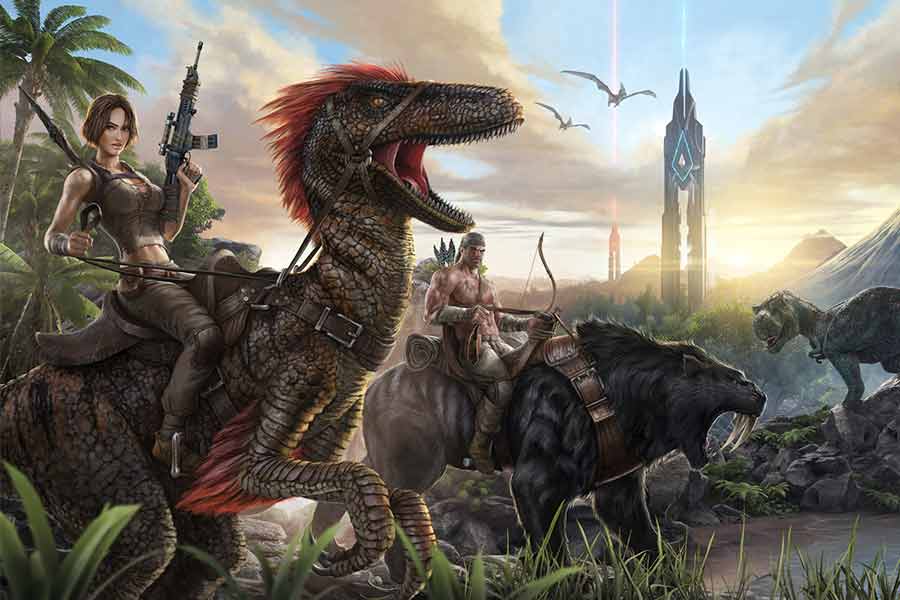 Anyway, I’m deeply attracted by this mystic dinosaur world. However, if it did not satisfied people like you, we have another solution—animatronic dinosaur rides.

Animatronic dinosaur rides is a series of realistic dinosaur animatronics. It not only have realistic dinosaur appearance but also have the ability to make lifelike voice and motions. Available motions including: eyes blinking, mouth moving, limbs moving, tail swing, even breathing and spraying water/smoke. 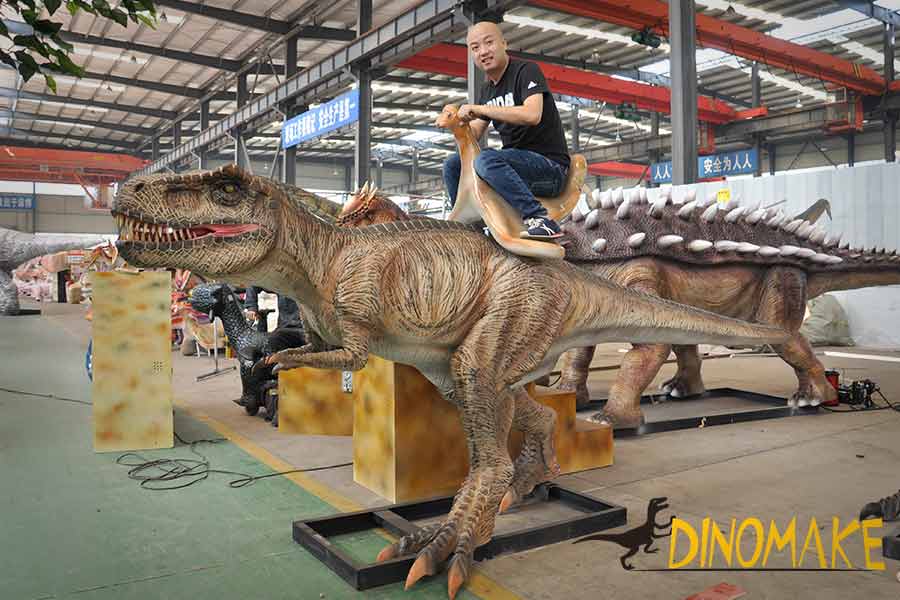 This amusement equipment is popular with tourists in amusement park since it appearing on market. And also popular by the distributors of amusement products. We made a variety of dinosaur rides according the demand of market. Such as: T-rex ride, Velociraptor ride, Triceratops ride, Carnotaurus ride, Brachiosaurus ride, Pachycephalosaurus ride etc. 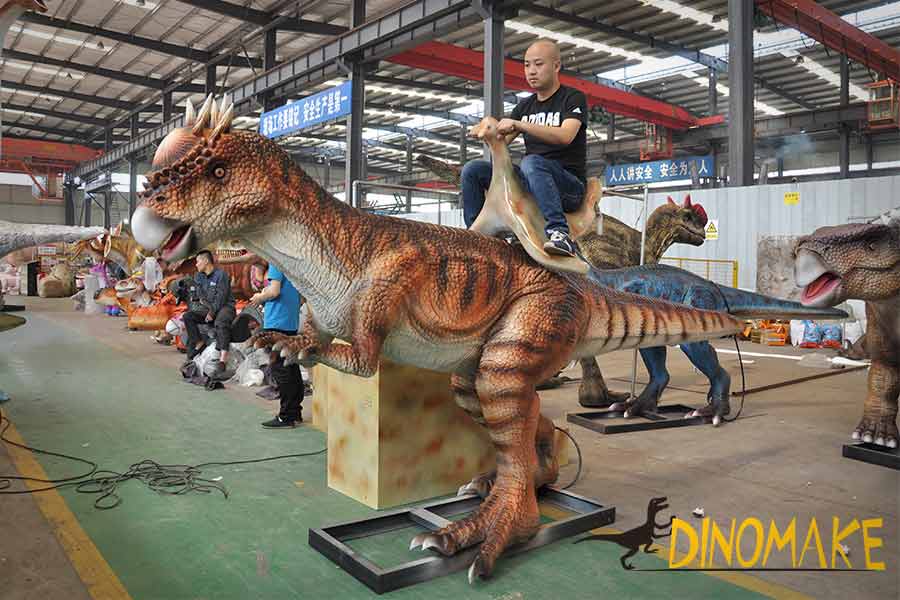 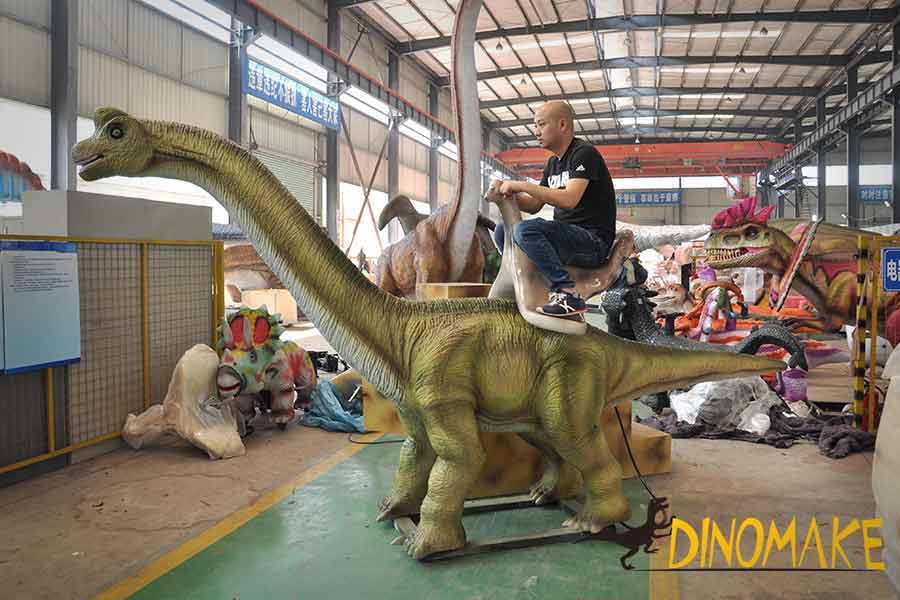 All of those animatronic dinosaur ride are realistic with durable quality, and approved by market in a long time. Please contact us for more information if you are interested in those rides.