It’s always described as a large, serpent-like legendary creature that appears in the folklore of many cultures around the world. Beliefs about dragons vary drastically by region, but dragons in western cultures since the High Middle Ages have often been depicted as winged, horned, four-legged, and capable of breathing fire. 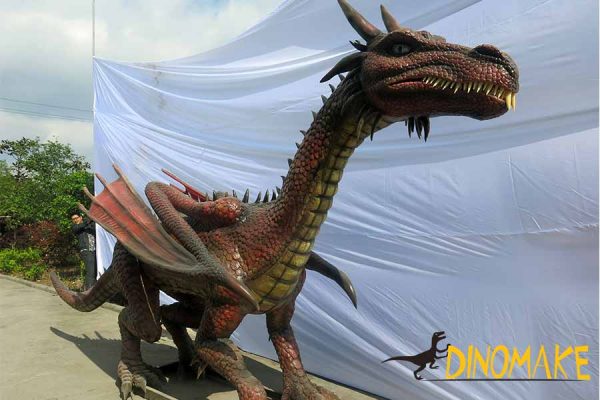 Dragon now is very famous in mass culture because of the popularity of fantasy films, video games, and TV series, such as–The Hobbit, The Elder Scrolls V- Skyrim,  Game of Thrones, etc.

But, did you noticed that the dragons in popular cultures are different from the definition of the dragon we just mentioned.

A very obvious feature is that they have only two legs. 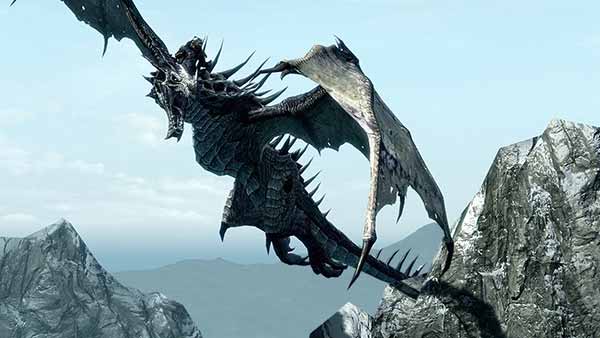 Dragon in The Elder Scrolls V–Skyrim

In fact, they are not dragons but other members of the dragon family. This picture will help you identify them from each other. 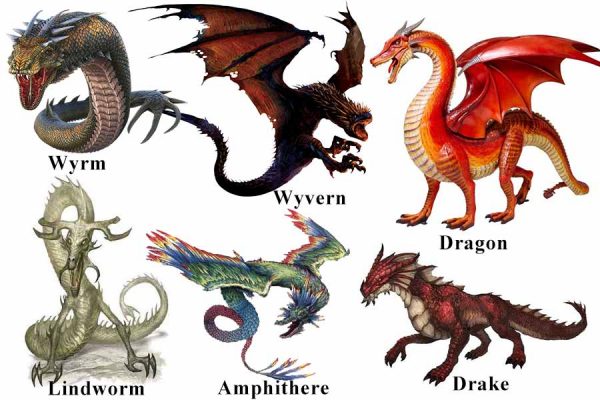 As an experienced manufacturer of custom animatronics, we have made a variety of dragon animatronics. At the same time, we learn the knowledge about those dragon kinds.  Today, we are going to introduce some of them. 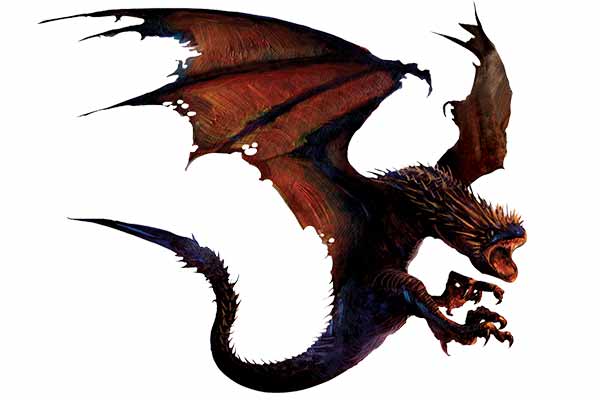 Wyverns are great flying reptiles with snake-like necks and long tails that end in a venomous trident. Wyverns are described not able to breathe fire. But, it doesn’t prevent them from spraying fire and other deadly elements in popular culture. 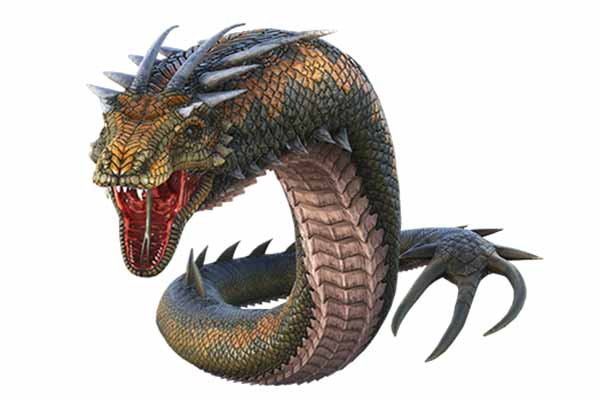 The wyrm is described as a limbless and wingless serpent. The wyrms mainly are sea serpent in legends. For example the Jormungandr (Jörmungandr) in Norse mythology. 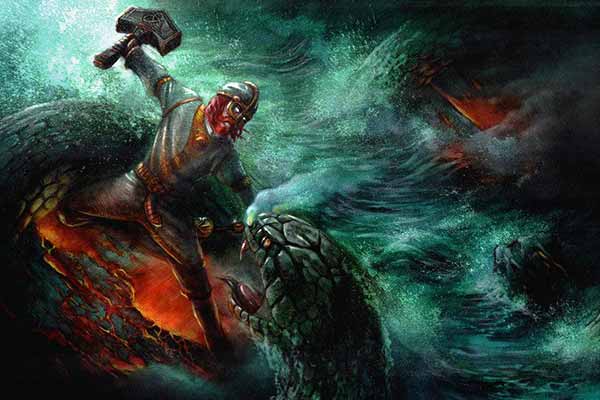 When the Ragnarok coming, Thor will kill Jörmungandr but will fall dead after walking nine paces, having been poisoned by the serpent’s deadly venom. 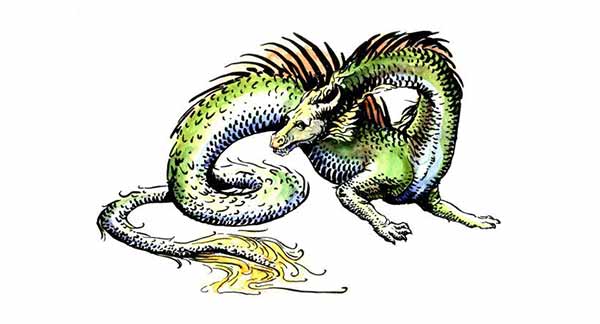 Lindworm is a legendary dragon-like creature or serpent monster. It is described as limbless and wingless or only have two limbs. Marco Polo has claimed to see Lindworm in middle Asia himself. 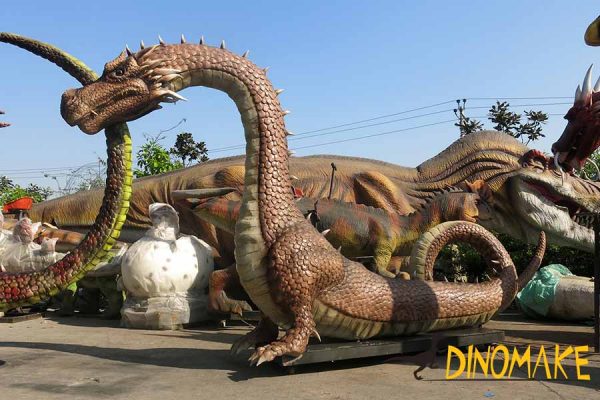 Amphithere looks like Lindworm but has birds-like feathered wings. Some of them are also described to have limbs, but they are rarely seen. 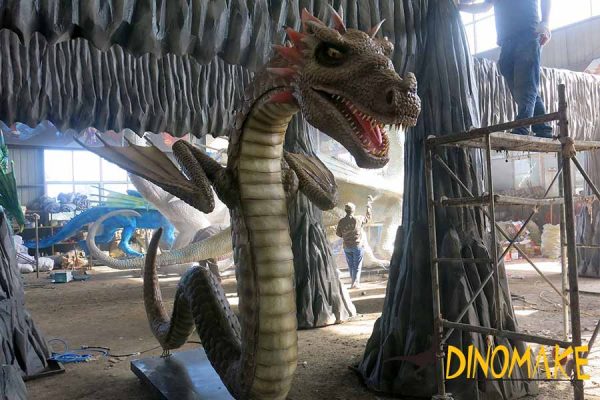 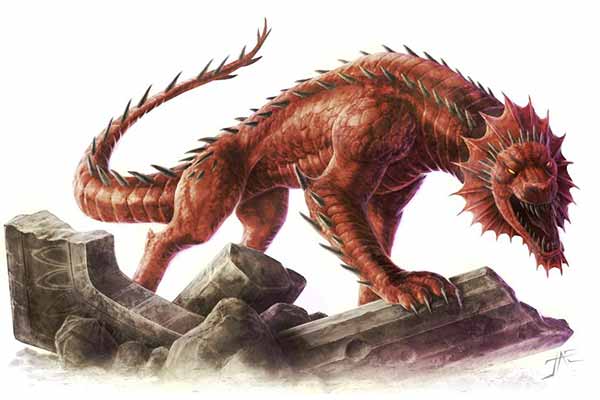 The word drake is sometimes used synonymous to dragon, but it could also mean a specific kind of dragon–wingless, four-legged dragon. 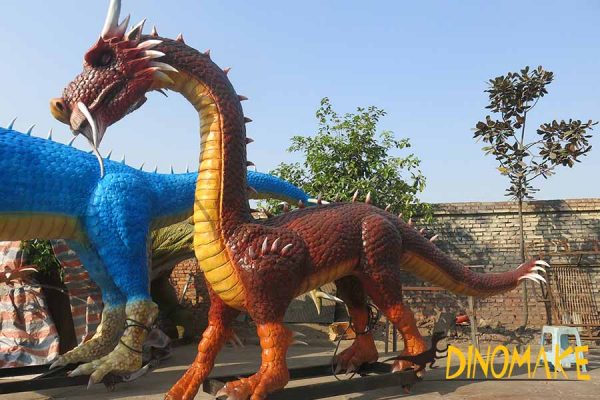 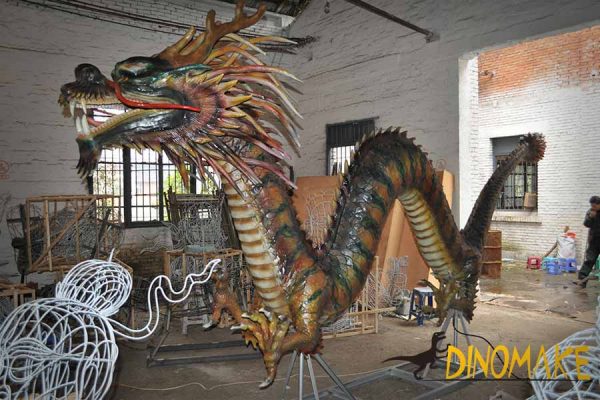 Video of animatronic dragon members we made

We provide all kinds of custom animatronic dragons. Please feel free to contact us if you need our help.