The story of Beowulf is famous in English literatures. Today we’d like to introduce the section about Beowulf and dragon. 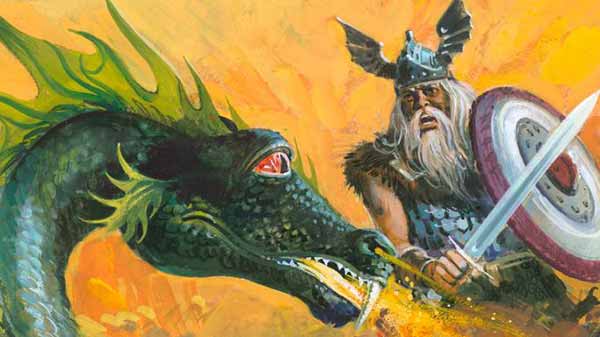 After Beowulf killed monster Grendel and Grendel’s mother, he returns to the Geats and becomes the king of it.

He rules peacefully for fifty years until a slave awakens and angers a dragon by stealing its treasure. 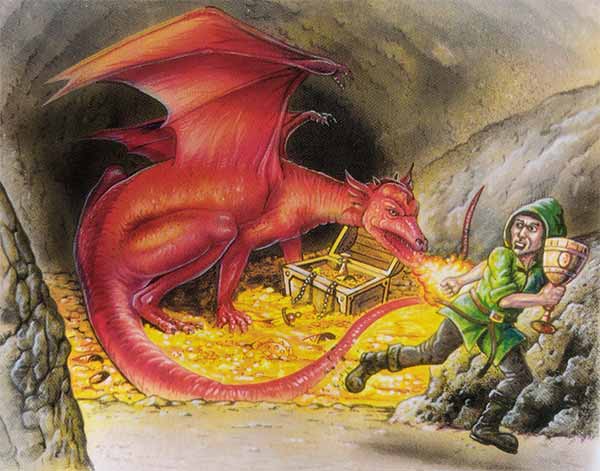 The evil dragon burns people’s home and farm lands as revenge. To protect his kingdom and people, Beowulf decides to slay the dragon in person.

Soon, Beowulf carries his sword and shield leads his men to the nest of the dragon.

It’s a fierce battle, Beowulf fights bravely, sword of Beowulf hits on the scale of the dragon but not sharp enough to wound it.

Soldiers run away the moment when they see the huge fire surrounds Beowulf.

Only brave Wiglaf fights alongside Beowulf, even his shield is burnt by the dragon fire.

Beowulf stabs the dragon’s head successful, but the sword suddenly broke, dragon bits his neck too.

Wounded Beowulf still fights hard. Finally, Wiglaf stabs the dragon’s throat so it can not breathes fire anymore, Beowulf takes the opportunity to split it in half with the broken sword.

The dragon gets killed by Beowulf, but Beowulf also dies because of his mortally wounded. 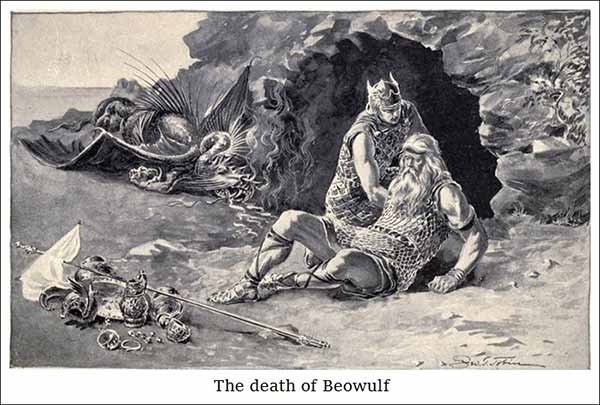 Soldiers return after knowing the death of the dragon, they cut the dragon to pieces and throw them to the sea.

But Their king Beowulf passed away forever. People bury him with the dragon’s treasure, Wiglaf inherits his throne.

Stage shows related to story of Beowulf and the dragon are popular. Animatronic dragon is a good prop to make a better stage effect.

We once made an animatronic dragon for the stage show. The dragon is dynamic with motions and voices. 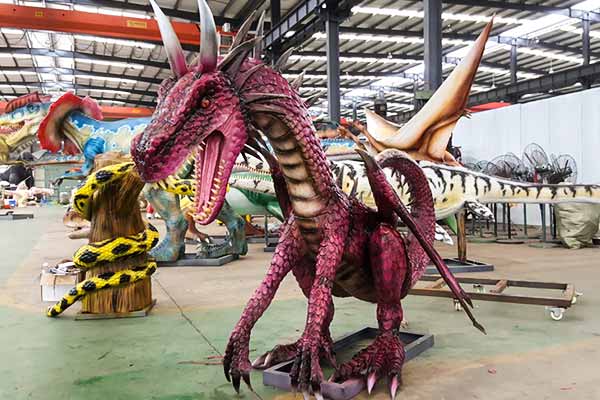 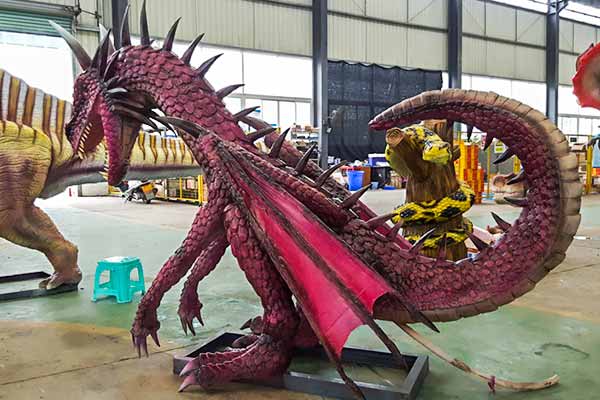 It’s dangerous to let it breathes fire. So we let it spray flash and smoke instead.

This special design was highly praised by our clients.

Video of the animatronic dragon

We provide all kinds of custom animatronics. Please feel free to contact us if you are interested in our animatronic dragons.