Dragon is a mysterious creature appeared in Eastern and Western culture. 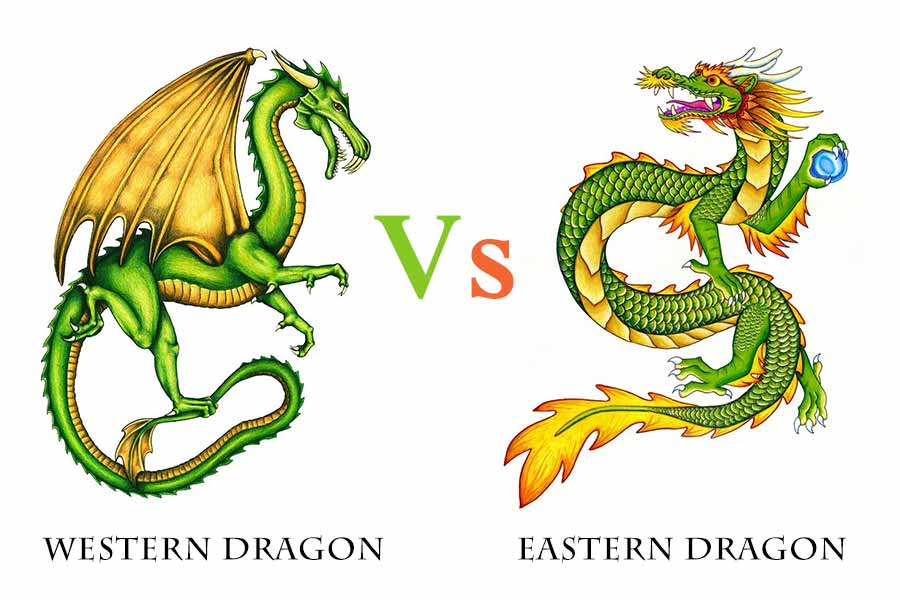 It plays an important role in semiology, you can find the image of dragon on flags, clothes, shields or swords, etc. 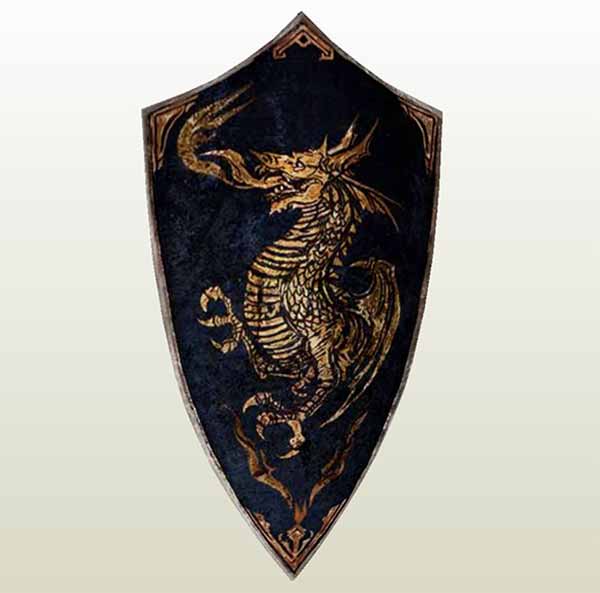 Dragon on the shield

There are a lot of famous dragon in popular culture—Smaug the dragon in Lord of Ring, Drogon in Game of Thrones, luck dragon Falker in The Neverending Story, etc. 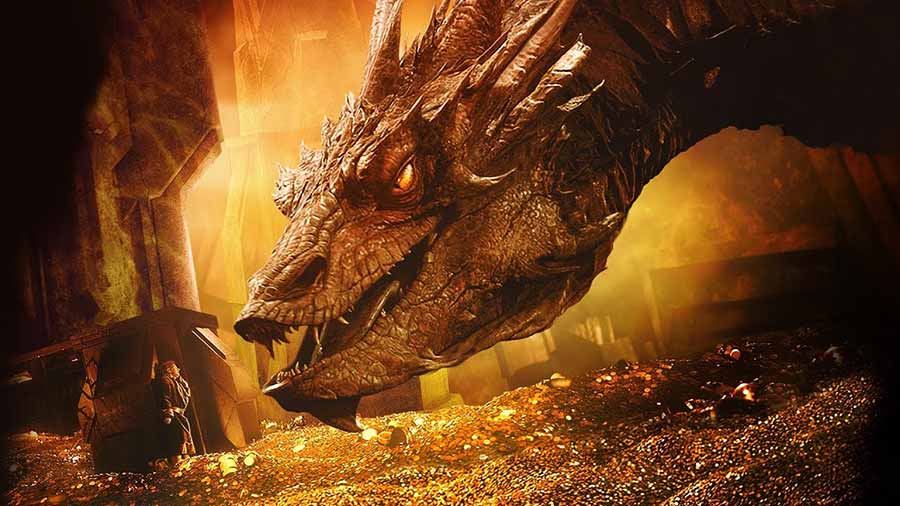 Smaug in the Hobbit

However, did you noticed that the dragon in western culture and eastern culture is so different that we can firmly believe they are not the same creatures?

I have read some data about dragons then I find out that—the eastern dragon is probably developed from real animals while the western dragon is all from imagination.

Western dragon legends are widely found in European and north African countries. They are usually described as a winged, horned, four-legged monster with the ability to spray fire. 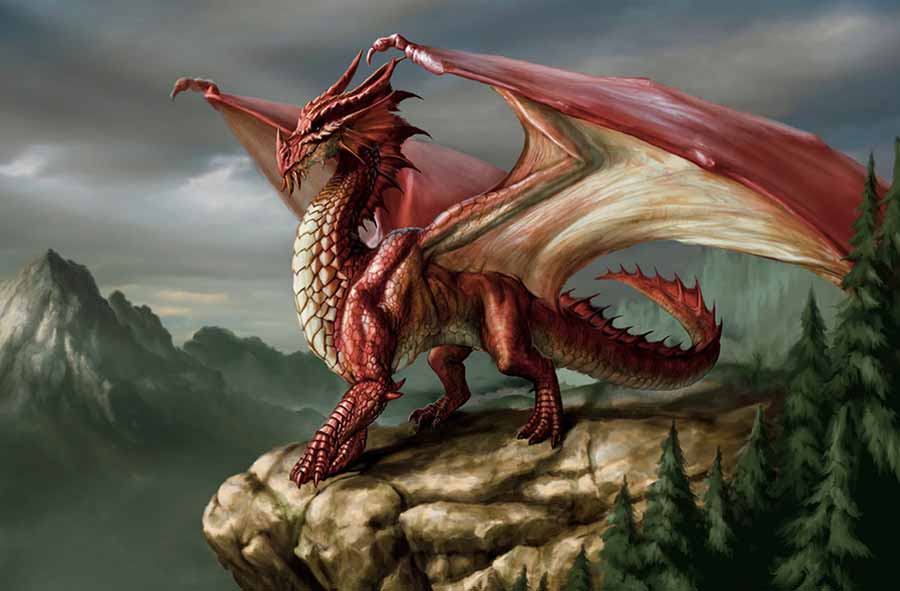 But, as so far, we did not found any creature have characteristics like that. And, we did not find any fossils or bones meet those features.

Ancient Chinese believe the Chinese dragon is god of rain and they also call themselves descendants of the dragon.

The Chinese dragon was described as a four-legged, horned, scaled creature lived in water. 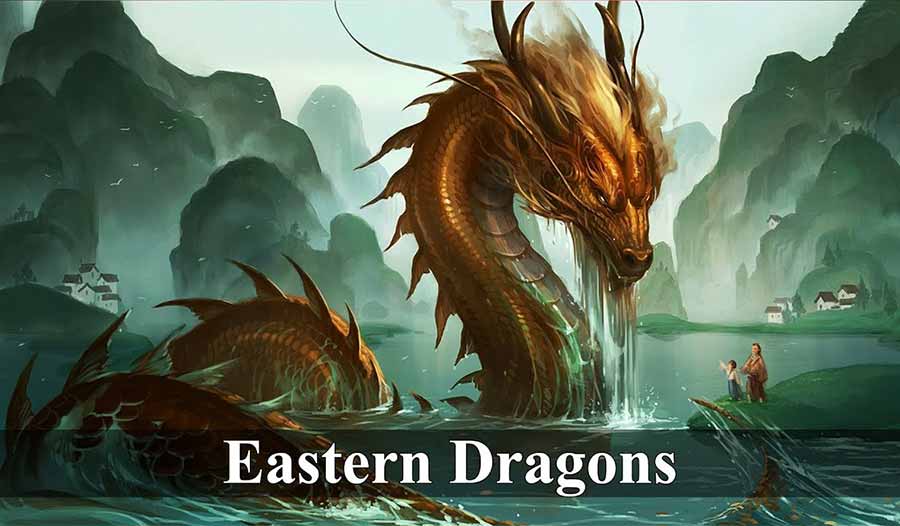 As we have known, there is not any animal meets those features. But, why I said it was changed from real animal?

According to some ancient Chinese history books record, there used to be officers in Xia Dynasty (2030-1600B.C.) who are in charged of feeding dragon.

If there are not dragons why should the government need those officers?

What on earth is the dragon of China? The answer is crocodile.

Some researchers have made a further proposals—they are changed from Malay Crocodile. 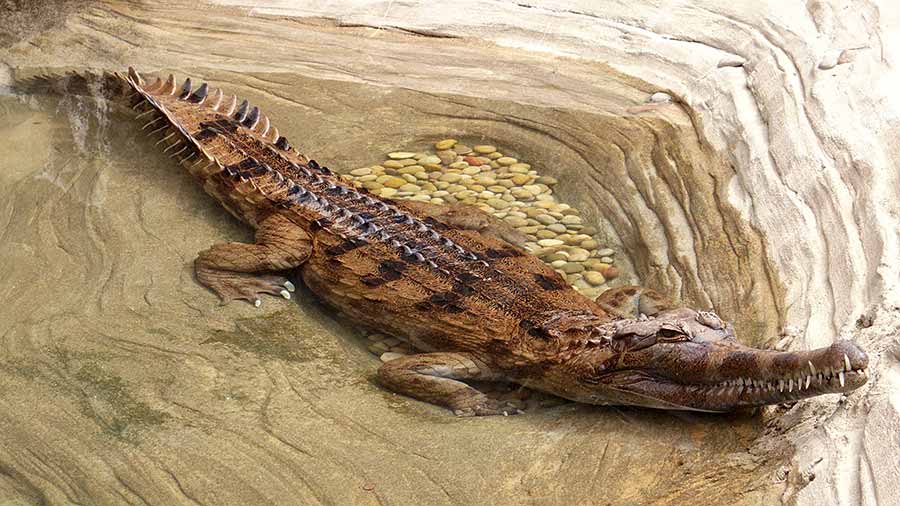 Malay Crocodile is a huge-size, four legs, scaled, and aquatic animal. We can find that there are a lot of similarity between Chinese dragon and Malay crocodiles.

But, why did a real animal finally turned to be a fairy tale creature?

Researchers explained that’s because the extinction of it in China. It is easy to understand what will happened when an animal extinct in ancient time.

There is a little record about it while most of its characteristics are spread through words of mouth. Finally, it will turn to be another creature which is different from the real one.

The Chinese dragon images are widely appear in our cultural products. Animatronic Chinese dragon we made is one of them. It is displaying in theme parks. 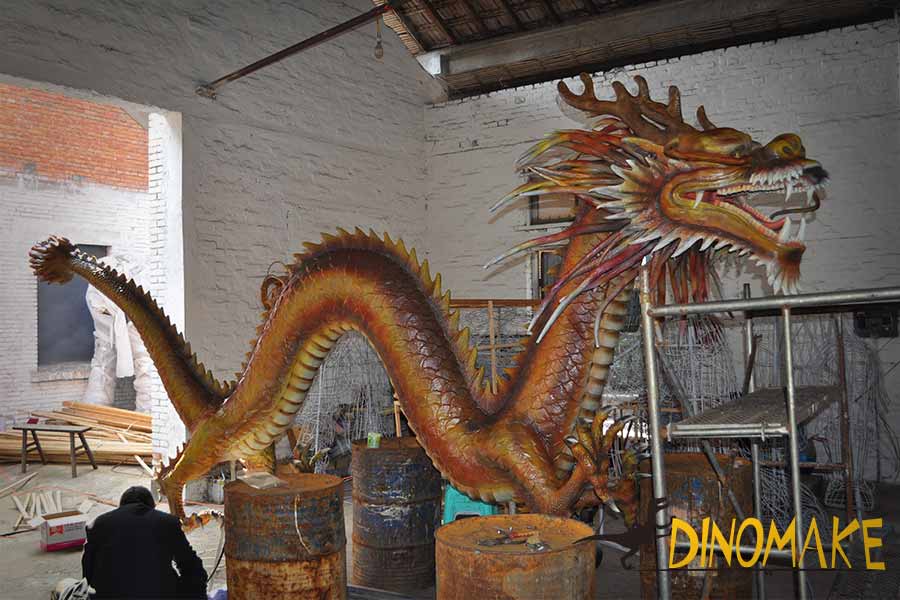 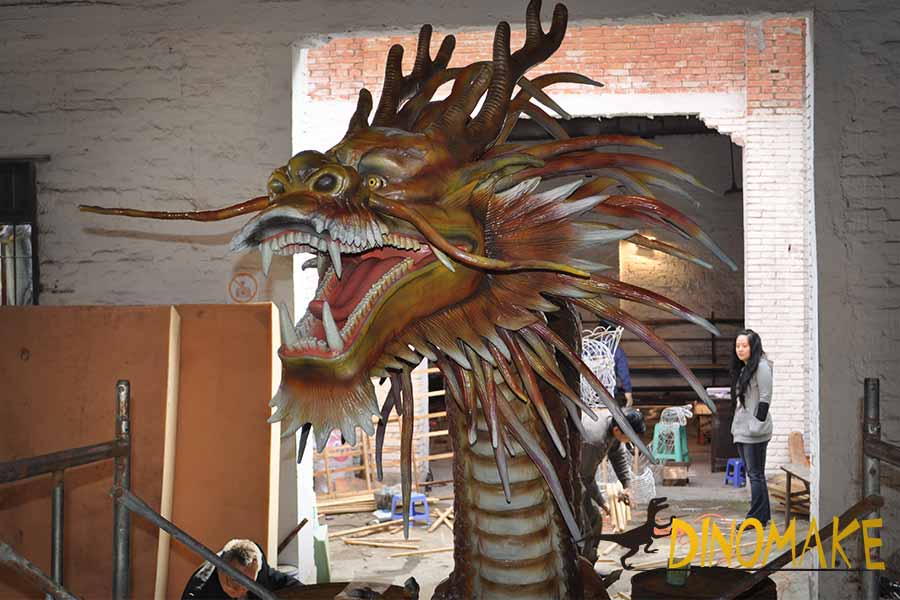 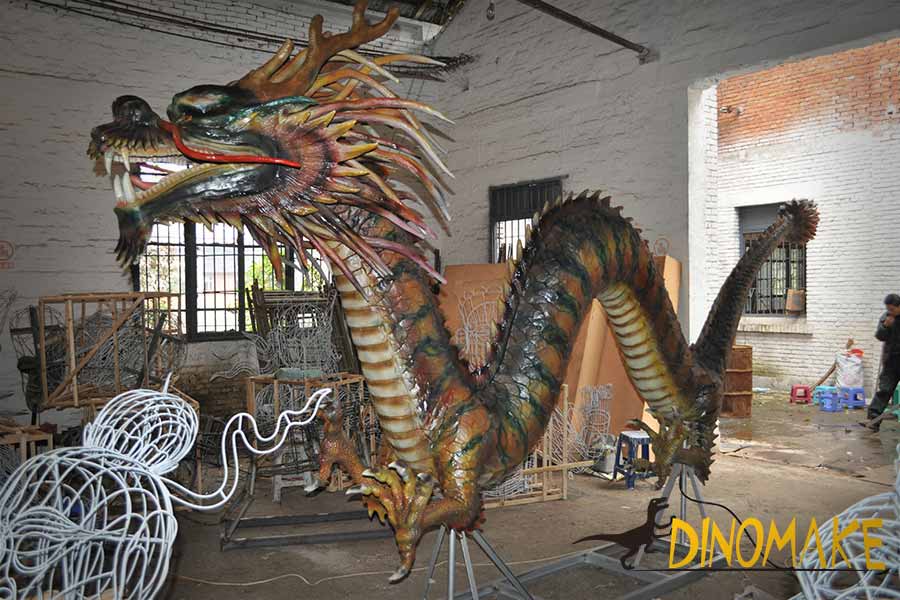 We provide all kinds of custom animatronics. Please feel free to contact us if you are interested in our animatronic dragons.