Dinosaurs extinct in about 60 million years ago, we did not know them until their fossils was found in 19 century. Paleontologists rebuild dinosaur model according fossils and those animals related to dinosaurs but still alive now. Of course, there are a lot of knowledge which will help researchers realizing the body shape and appearance of dinosaurs. That’s why they always correcting the dinosaur model to display the real dinosaur image to people.

Skin is consists of organic matters which will immediately rot after creatures died. So, it is nearly impossible to find fossils of dinosaur skin. 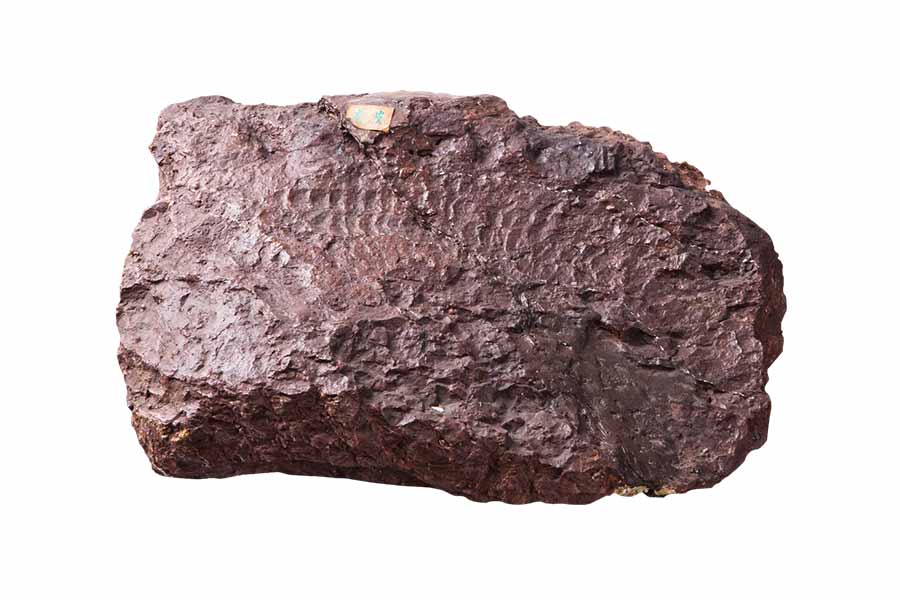 Now, you must consider that how did we know the dinosaur skin color in film—for example the Jurassic Park?

The answer is—usually, by imagination.

But, it is not guessing without any proof. You may already find that the skin color of dinosaurs in film normally green, grey or in dust-color. Paleontologists give them those color is according the protective coloration theory. Simply, green or grey color will help herbivorous dinosaur hiding in forest, while dust-color help the carnivorous dinosaurs hiding behind rocks. 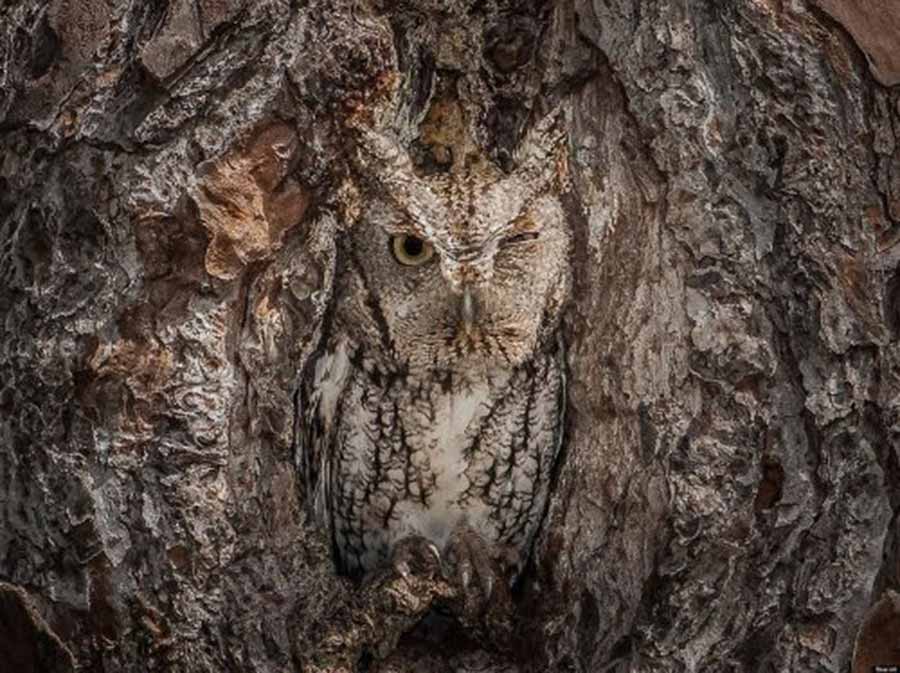 Predator with protective color. Uh… you found me!

The protective coloration will improve the survivability of dinosaurs. And Charles Darwin’s natural selection theory told us–animals with a higher survivability have a better breeding.

Albert Einstein said–“Imagination is more important than knowledge.”  It is also suitable for the researching of dinosaur skin color.

Besides, scientists also analysis the dinosaur skin color from their relatives, especially, those animals which have similar living habit with specific dinosaurs.

For example, we find Spinosaurus is a semi-aquatic dinosaur that eat fish as staple food. And we also find they have a long narrow  mouth. They have a lot of similarity to crocodiles.

So is their skin similar to crocodiles?

Some researchers believe Spinosaurus skin is closed to crocodiles’. Another important reason is–skin of creatures will adapt to their living environment. Obviously, habitats of Spinosaurus and crocodiles have many similarity. 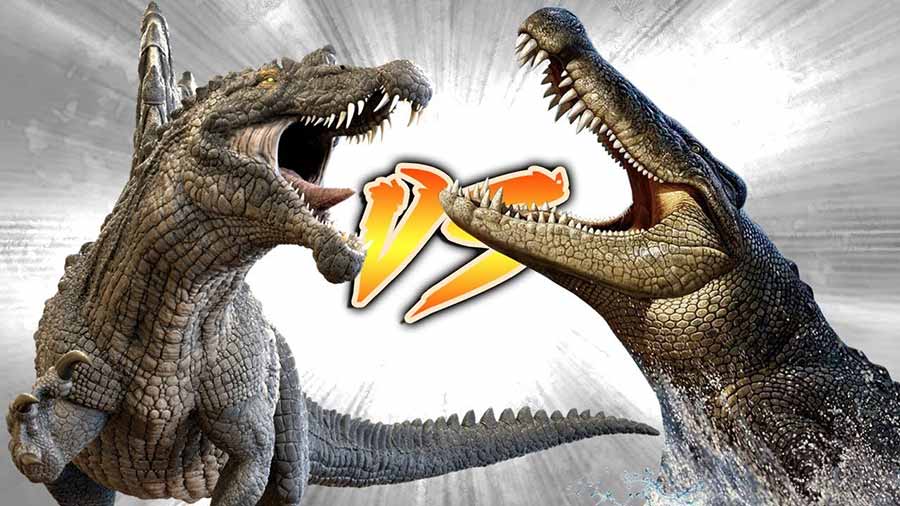 A lot of similarity of skin in this picture

As we know, crocodiles are a kind of very successful animal. They appeared before dinosaur age but still strong now.

The last important way to discover the dinosaur skin color is thanks to some newly found fossils in China.

The first color rendition dinosaur is Sinosauropteryx. Its color just like the squirrel. 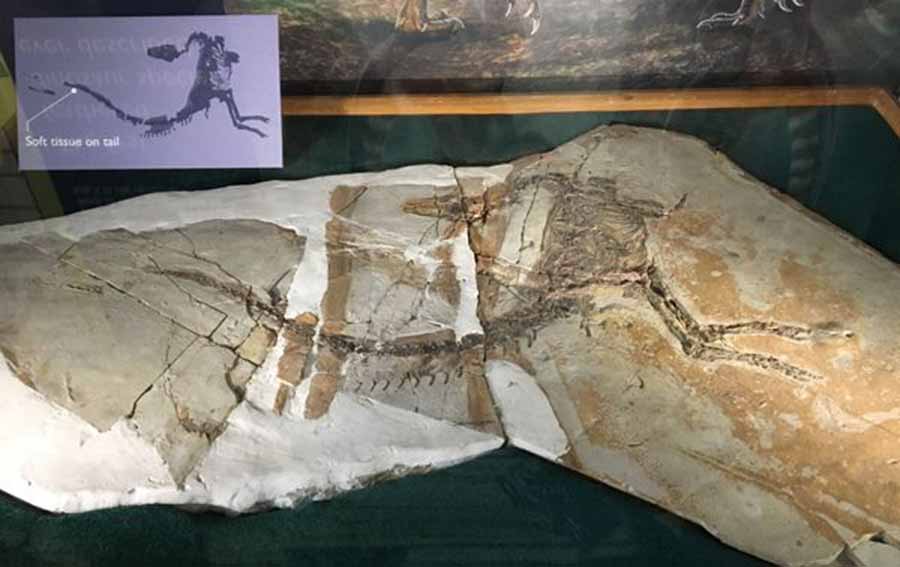 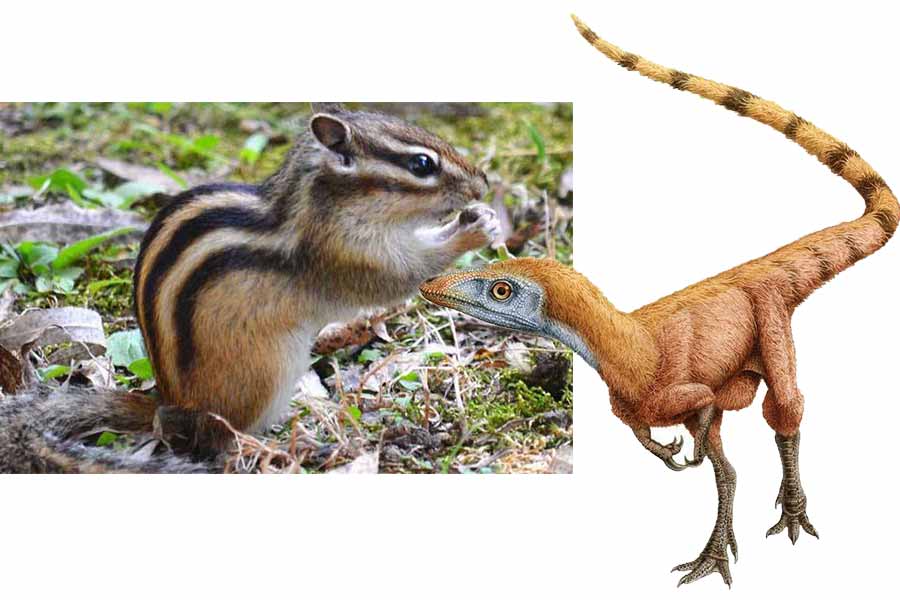 In fact, the living habit of Sinosauropteryx is a little closed to squirrel, which further proved the skin color is related to living habit .

Then, we find out the color of Anchiornis and Microraptor. All the three kind of dinosaurs were found in LiaoNing province, China. 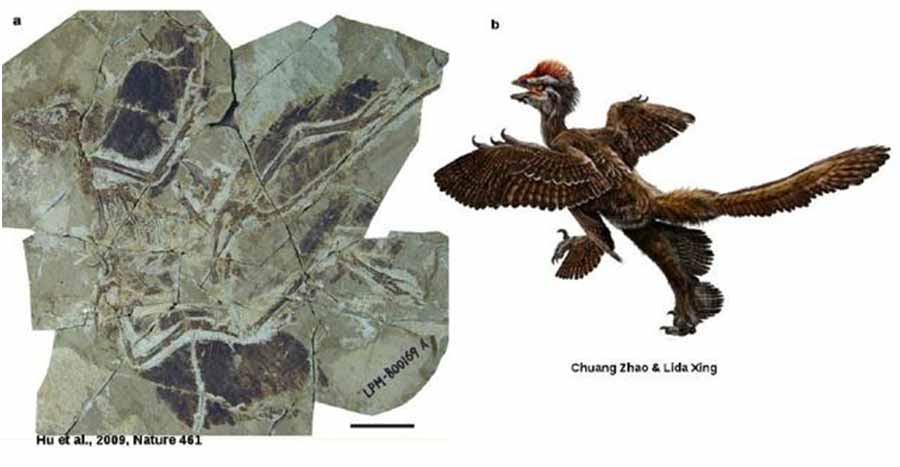 The special Microraptor with four wings 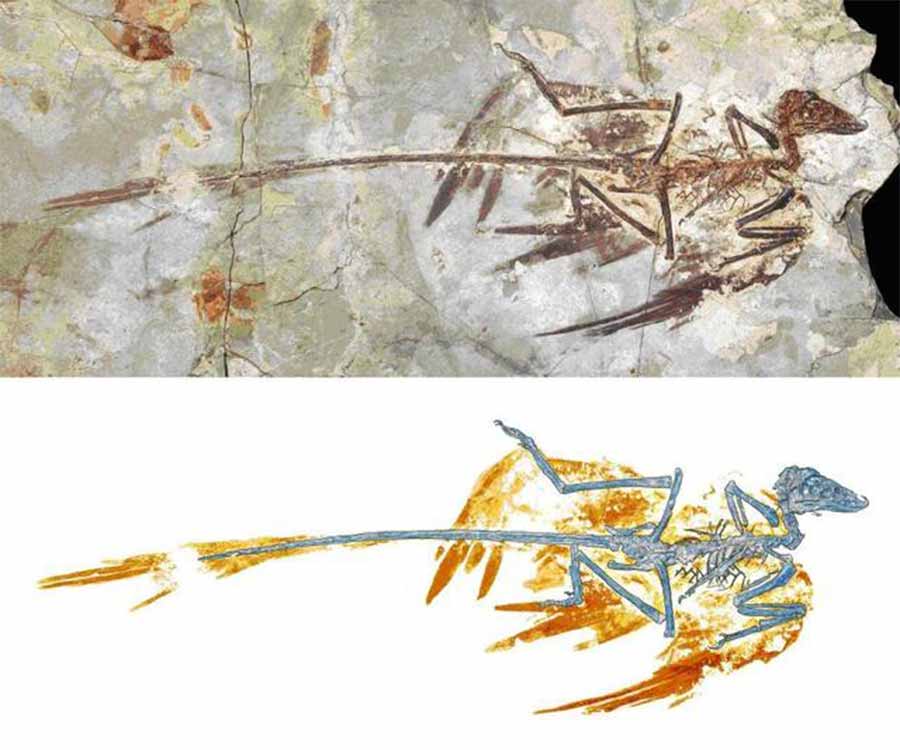 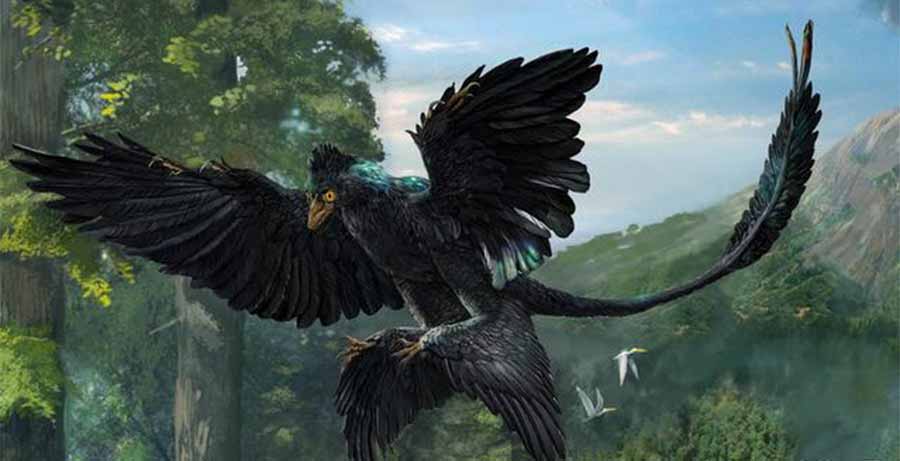 You may noticed that, they are all feathered dinosaur. So, we still confused about skin color of most dinosaurs.

Traditionally, we thought dinosaur skin almost dark color. That’s because we believe they are closed to big reptile. As we know, reptiles and most of big mammals, elephants, rhino, hippo e.g., are color-blind and in dark skin color.

But, now we know dinosaurs are more closed to birds. Some research said birds are one kind of dinosaurs. Those feathered dinosaurs are thought as some transitional species, from dinosaurs to birds. Birds are colorful, dinosaurs might be as colorful as them. 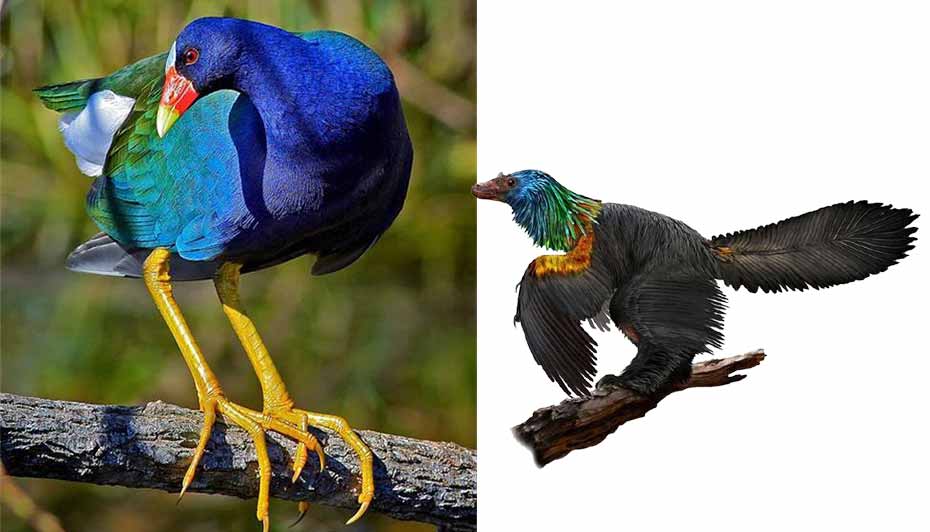 Anyway, more and more people believed the dinosaurs are colorful. And it have a big influence on the animatronic dinosaur statues we made. 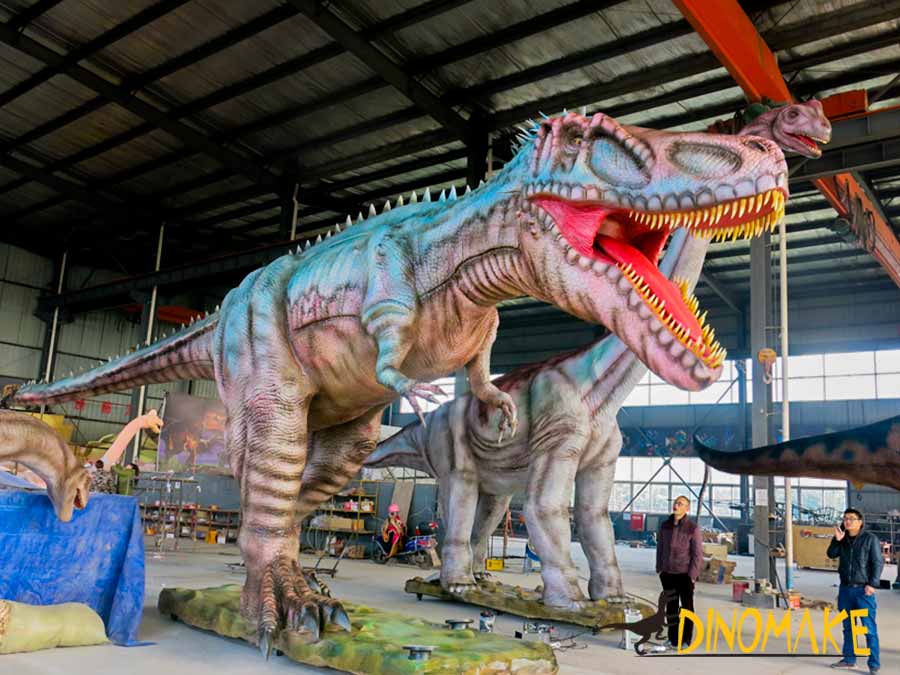 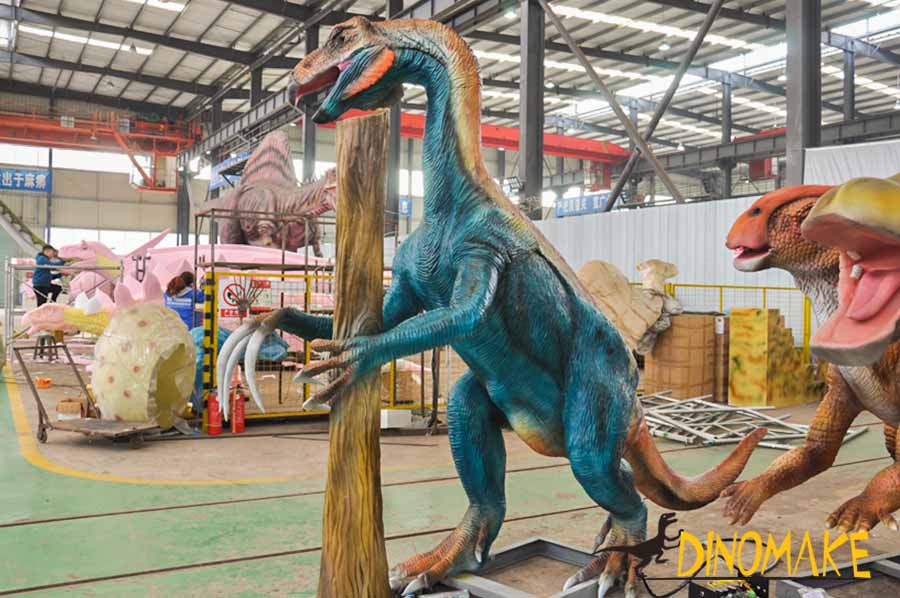 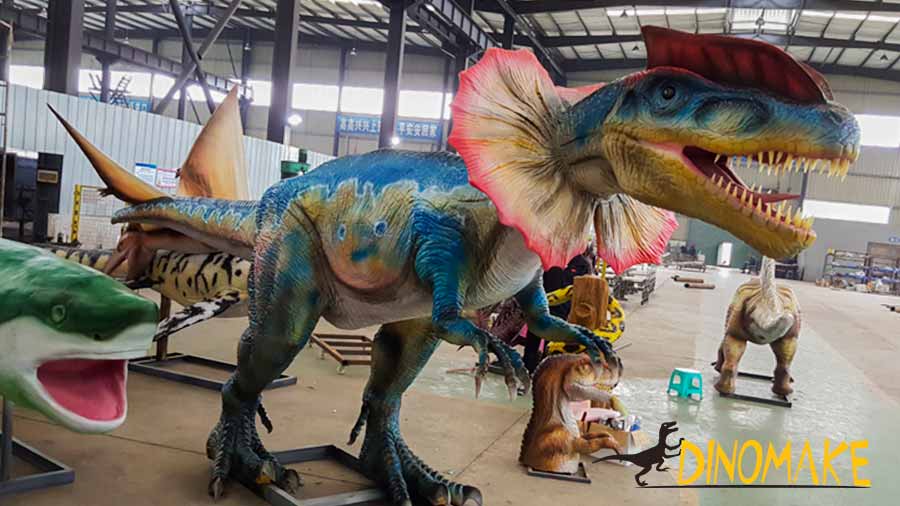