A mystery still remains nowadays around the world, “how dinosaurs live”. Lack of information about dinosaurs, a greatful curiousity echos in all dinosaur lovers’ mind. Scientists don’t know much of them not to mention our normal people. As a dinosaur lover, how to get more information? As an old saying goes “Books are the stepping stones to human progress”.

Here are some books you shouldn’t miss if you are a real lover of dinosaurs as follows: 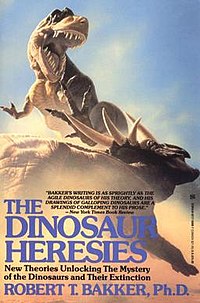 The Dinosaur Heresies subverts tradition and establishes a new image of dinosaurs. It is a classic work in the history of dinosaur research. In the twentieth century, people generally thought that dinosaurs were slow and foolish animals, but The Dinosaur Heresies showed people a different image of dinosaurs from traditional impressions. The Dinosaur Heresies also uses detailed fossil evidence and comparisons with modern animals to restore the details of the dinosaur world. Small theropods are Neptunians and feathered, sauropods and duckbills do not live in rivers and swamps, the role of exaggerated horns and crowns of ancient animals in courtship wars, and how mammals and reptiles dominated land before dinosaurs appeared.

Robert T. Bakker, the author of The Dinosaur Heresies, is the curator of Paleontology at the Houston Museum of Natural Science in the United States and is known as the “dinosaur pagan”. Robert T. Bakker, from John Ostrom, who revived the dinosaur origin hypothesis of birds, launched the “dinosaur renaissance” in the 1970s and established a taxonomic unit of the dinosaur class, proving that dinosaurs were endothermic and active animals, completely overturning people’s impression that dinosaurs were slow and foolish animals. Robert T. Bakker is a professional paleontologist, but he is also an amateur painter and writer. He draws pictures of books and papers he has written and writes the novel Red Raptor, which describes the life of female Utah raptors. 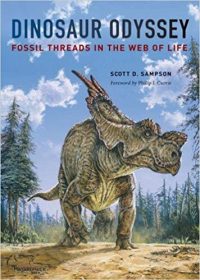 Dinosaur Odyssey is a prose-style popular science book about dinosaurs, which can make readers easily understand the world of dinosaurs. Dinosaur Odyssey is not a dull description, such as the information of body length and food. It restores the Triassic ghost pasture, the Jurassic Morrison Group and the Cretaceous Kaiparowits Group. It makes readers feel as if they were in the age of dinosaurs, experiencing the joys and sorrows of the giant beasts of the past.

Scott D. Sampson, author of Dinosaur Odyssey, is a paleontologist at the Utah Museum of Natural History. He mainly studies the Cretaceous theropods and horned dinosaurs. Philip J. Currie, scientific adviser to Dinosaur Odyssey, is president of the North American Society of Vertebrate Paleontology, academician of the Royal Canadian Academy of Sciences and curator of the Royal Terrell Paleontology Museum of Canada. He is currently recognized as the world’s authoritative researcher on theropods and has led the Canadian dinosaur expedition in China in the 1980s. 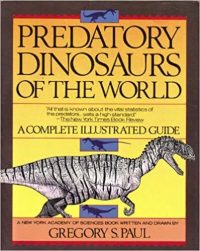 Predatory Dinosaurs of the World

Predatory Dinosaurs of the World is a book for American painter and amateur paleontologist Gregory S. Paul about theropod dinosaurs. The book explains profound theories in simple language, with a large number of skeleton lines and ecological restoration maps of dinosaurs.

Gregory S. Paul, author of Predatory Dinosaurs of the World, is only an amateur paleontologist, but often makes bold and astonishing assumptions, so he is called “Great Paul” by some professional paleontologists. Gregory S. Paul’s dinosaur skeleton skeleton and ecological restoration maps are a perfect combination of science and art, so they are loved by many paleontologists. 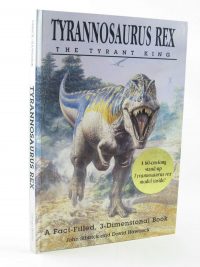 Two editors of Tyrannosaurus rex, the Tyrant King, are the authority of Paleovertebrate zoology. Peter L. Larson, president of the Black Mountain Geological Research Corporation of the United States, discovered and excavated some of the most famous Tyrannosaurus skeleton fossils, such as Su and Stan. Kenneth Carpenter is the curator of the Utah State Prehistoric Museum in the United States. He mainly studies Tyrannosaurus rex, Melanosaurus and other dinosaurs of the Cedar Mountains Formation. 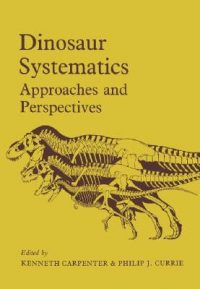 Dinosaur Systematics Approaches and Perspectives is a large Anthology of dinosaur studies. It covers the variation range of coelomosaurs and Tyrannosaurus Rex to the suborder Stegosaurus in Asia. Among them, the Suborder Teeth of the Judy River Formation in southern Alberta, Canada, is still a classic paper on the suborder Teeth.

Both editors of Dinosaur Systematics Approaches and Perspectives are authoritative in vertebrate paleozoology. Kenneth Carpenteris curator of the Utah Prehistoric Museum in the United States. He is mainly engaged in the study of Tyrannosaurus rex, Melosaurus and other dinosaurs of the Cedar Mountains Formation. Philip J. Currie, president of the North American Society of Vertebrate Paleontology, academician of the Royal Canadian Academy of Sciences and curator of the Royal Terrell Paleontology Museum of Canada, is currently recognized as the world’s authority in the study of theropod dinosaurs, leading the Canadian dinosaur expedition in China in the 1980s. 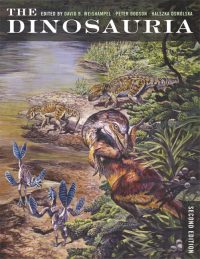 The first edition of The Dinosauria was first published in 1990 and the second edition was revised in 2004. The Dinosauria is the most authoritative and comprehensive monograph on dinosaur studies. It is an indispensable Desk Book for paleontologists engaged in dinosaur studies. It is also collected by many foreign paleontologists. The Dinosauria is divided into two parts. The first part introduces the skeletal structure and taxonomic information of different dinosaur groups. The second part introduces the biology, relationship and distribution of dinosaurs and provides a list of World Dinosaur sites.

All three editors of The Dinosauria are the authority of Paleovertebrate zoology. David B. Weishampel is a professor at Johns Hopkins University in the United States, who studies the evolution and ecology of dinosaurs. Peter Dodson is a professor at the University of Pennsylvania in the United States. He is currently recognized as the world’s leading authority in the study of horn dinosaurs. Halszka Osmolska, a late Polish female paleontologist, has long been engaged in the study of theropods unearthed from Mongolia. The dinosaurs named after Halszka Osmolska are the famous small marauders, flat-headed dinosaurs and dinosaurs.