Brachiosaurus is a kind of Sauropoda dinosaurs, which name is composed of ‘βραχιων’ (forearm) and ‘σαυρος’ (lizard), with the meaning of ‘A lizard with a head like a wrist’ in ancient Greek culture. 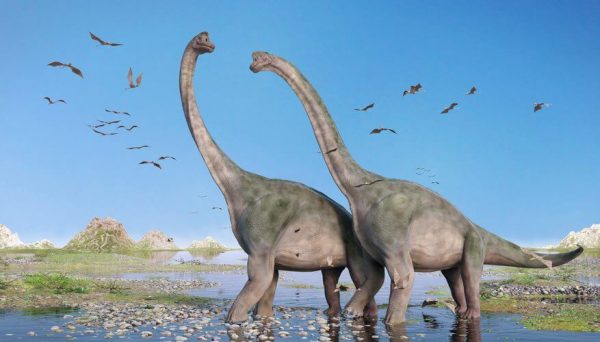 As one of the largest animals that ever lived on land, Brachiosaurus was a huge herbivorous dinosaur at late Jurassic.

Brachiosaurus’ neck was made up of 13 huge cervical vertebrae, which length is more than one third of its body. An adult brachiosaurus is around 25 meters long, can raise its head 13 meters above the ground, which equivalently the height of a four-floors building. 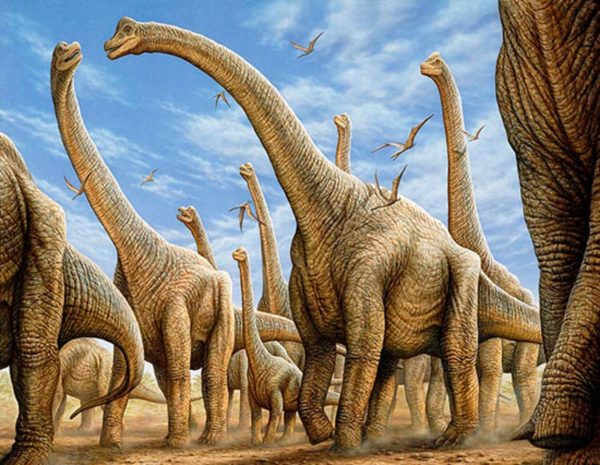 A group of Brachiosaurus

The standard pose of Brachiosaurus is to lift its head and neck diagonally upward, because their structure of bones can support them to raise their heads for a long time.

Not only the neck, it seems that the whole body of brachiosaurus is in the pursuit of the height. From the tail, hip, shoulder to the neck, brachiosaurus’ body likes a gradually rising slope. Their head high in the air, staring down at the ground below like the supreme rulers of the dinosaur kingdom. 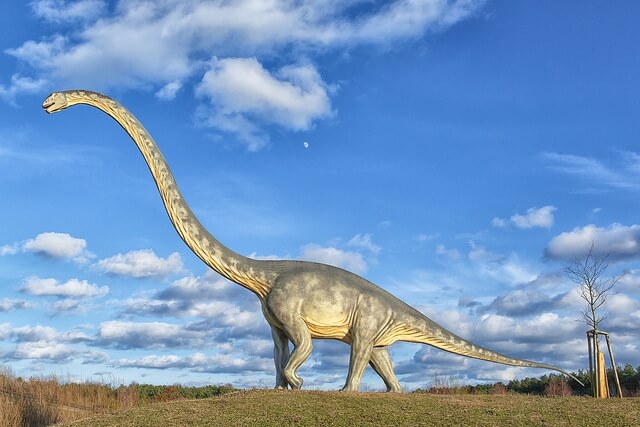 A Brachiosaurus statue in park

Because of the short hind legs and tail, brachiosaurus could not stand on their hind legs like Diplodocus. In fact, they don’t have to do that. With their high head and neck, they could eat plants on high as long as they stood on four legs firmly.