Zmej is what dragon in Russian, Zmej Gorynych is a famous evil dragon in Russian fairy tales. According to the legend, it has three head and seven tail (some tales also described it has seven head). 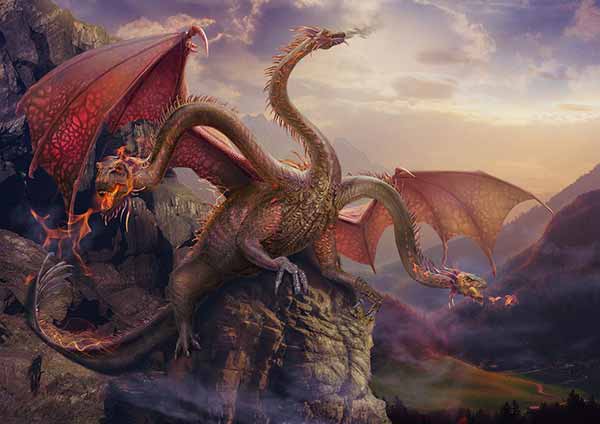 Does it looks familiar?

Yes, the creator of King Ghidorah admits he had adopted features of Gorynych when he designs Ghidorah. 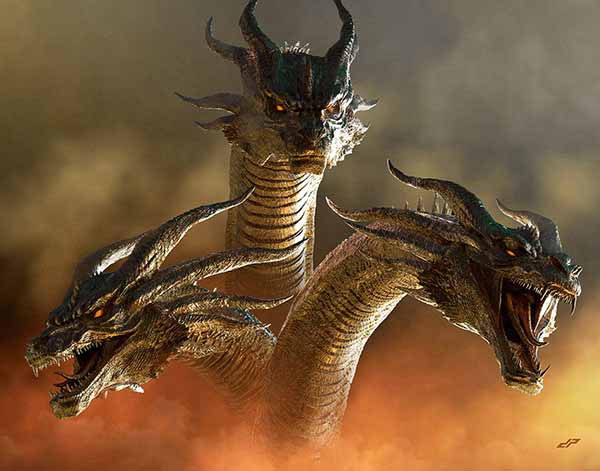 Ok, let’s return to Zmej Gorynych. As we mentioned, it’s a evil dragon. So it has to do some bad things. It did, Gorynych Kidnapped a princess—daughter of tsar.

Many princes trying to rescue her from the evil dragon but failed. A huge dragon with three fire breathing head is very difficult to defeat for mortals. 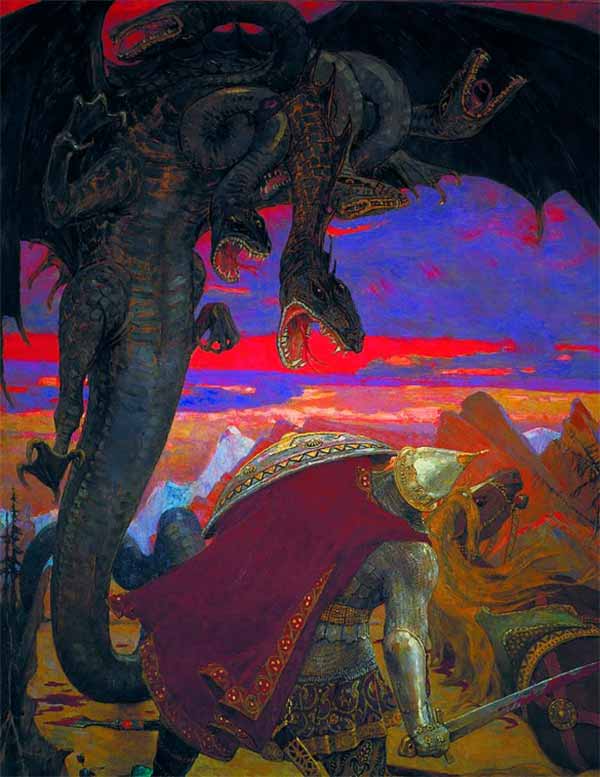 Finally, an imperial bodyguard killed the beast with a magic sword—it can fly and be controlled by its master in a distance. 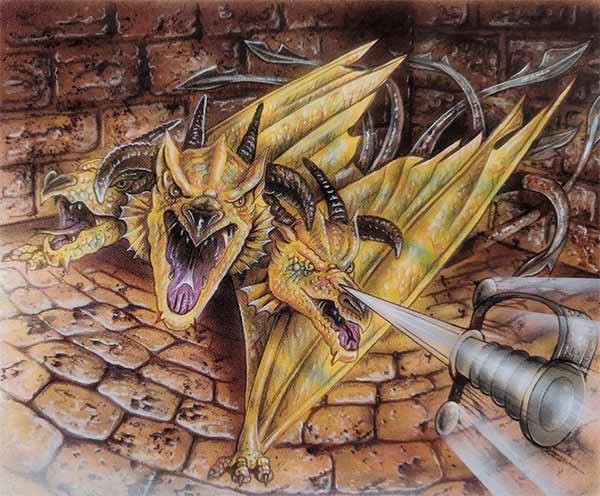 As the reward, tsar let the guard marry his daughter.

This is a typical story about heroes fight the dragon to save the princess. Stories like it widely appears in a lot of countries.

Sometimes the guard turns to be a brave soldier, sometimes the dragon only has one head. But the story mainly the same.

Although we don’t know why are those evil dragons always interested in beautiful princesses, those stories do have a huge influence on our culture.

For example, Russia artists had made a lot of paints, statues and even films according to Zmej Gorynych. 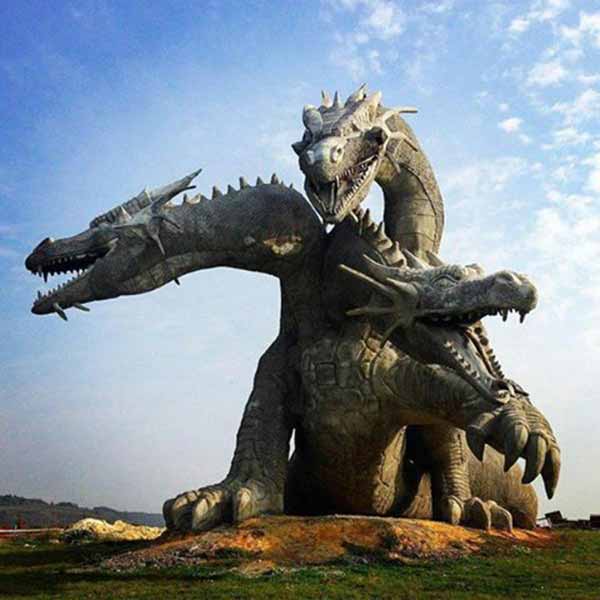 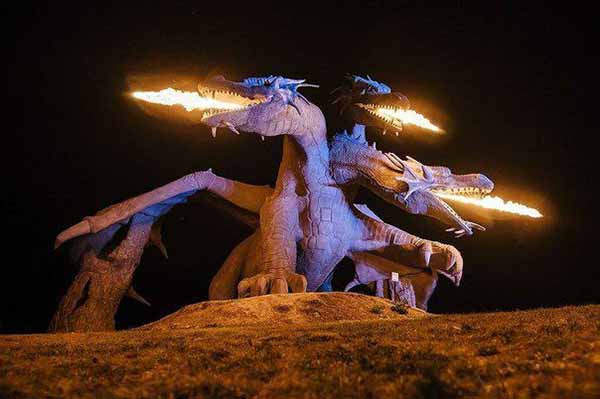 We also made an animatronic Gorynych for our client who is running a dragon theme traveling exhibition. 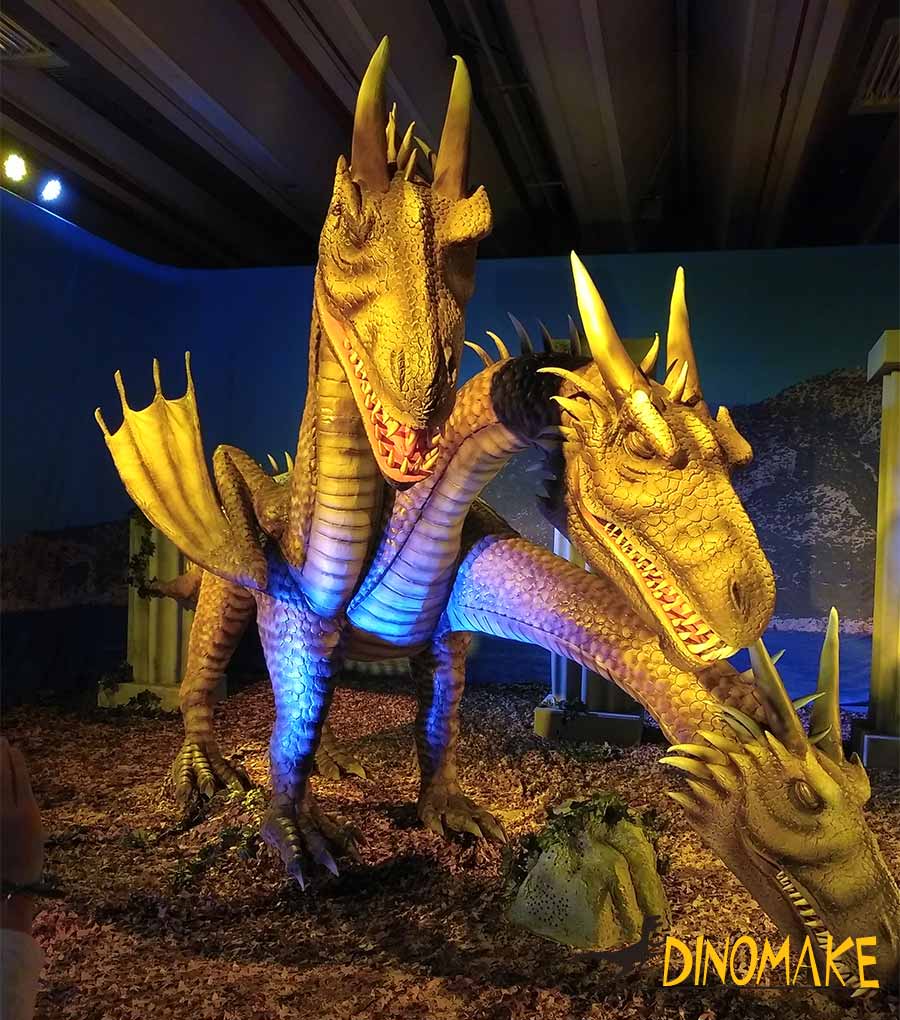 This three head dragon animatronic is dynamic with motions of eyes, mouth, heads, wings and tail. Although it can not breath fire we make it spray smoke instead. 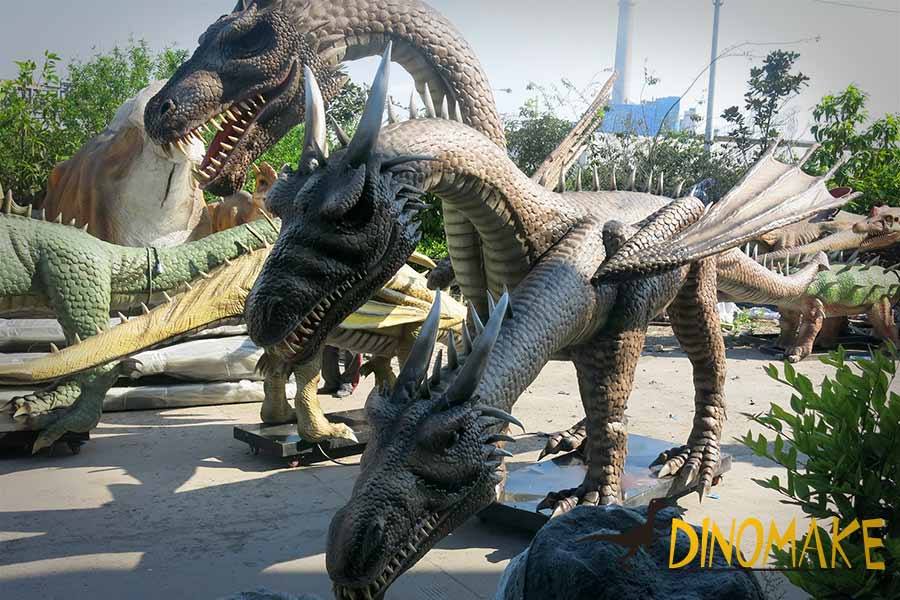 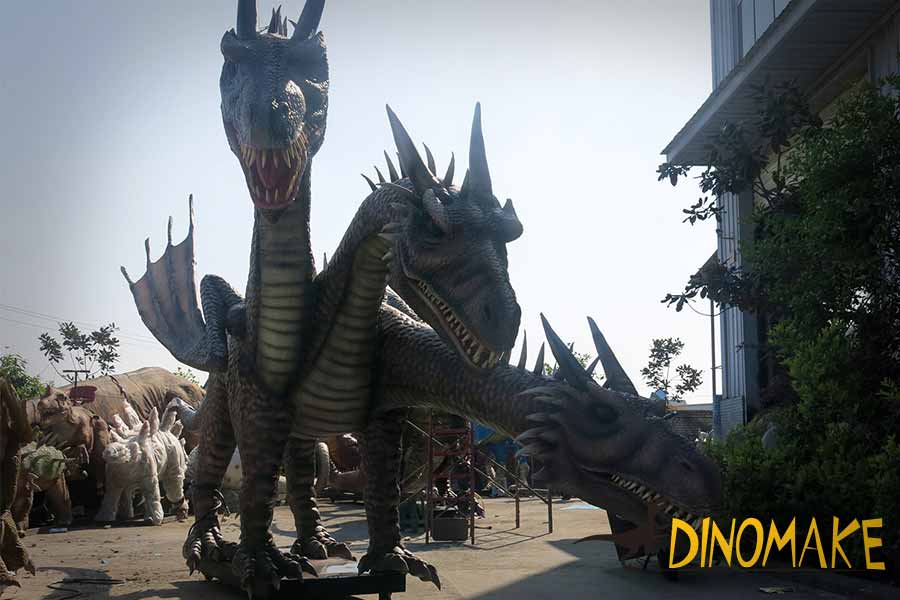 With realistic appearance and lifelike movements, the animatronic Gorynych attracted many visitors in the dragon theme exhibition. Therefore, it is praised by our client.

We provide all kinds of custom animatronics, please feel free to contact us when you need our help.